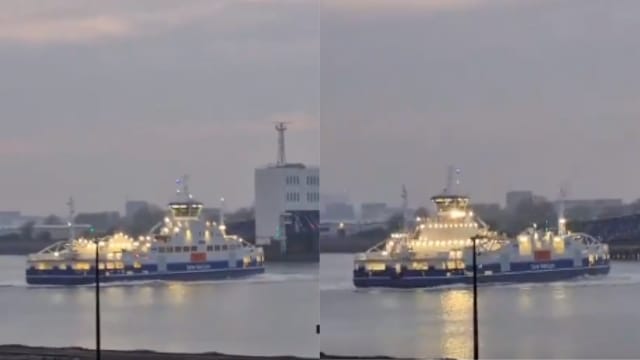 Woolwhich Ferry was spotted sounding its horn and spinning in the River Thames in support of healthcare staff.

The show of thanks took place during the fourth weekly Clap For Carers event on Thursday evening, which saw members of the public applaud from their doorsteps and balconies for NHS staff.

Junior doctor Becky Stout, who filmed the tribute, said on Twitter: “Big thumbs up from the Woolwich Ferry for NHS workers tonight!”

The commuter ferry, which operates in south-east London, spun in a circle and honked its horn in the middle of the River Thames while the applause took place.

Carrie Symonds, who is expecting her first child with the Prime Minister in early summer, said she was “clapping harder than ever” to thank healthcare workers on Thursday.

“Clapping harder than ever tonight for our carers. You are the best of Britain,” she told her Twitter followers.