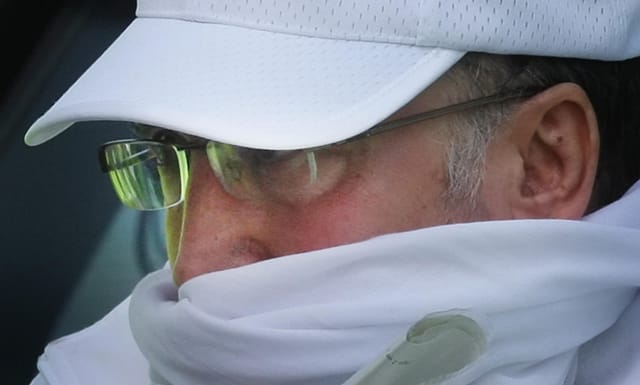 The lawyer acting for the family of Abdelbaset al-Megrahi has suggested the prosecution service may be tempted to use coronavirus as an “excuse” regarding handing over documents in the appeal against the Lockerbie bombing conviction.

The way was paved for the appeal when the Scottish Criminal Cases Review Commission (SCCRC) last month referred the case to the High Court, ruling a possible miscarriage of justice may have occurred.

Lawyer Aamer Anwar made the SCCRC application on behalf of Megrahi’s family, supported by some families of those who died in the 1988 disaster.

He has since asked the Crown Office to disclose material he believes is related to the case to assist appeal preparation.

The Crown Office said it is reviewing the material it holds but the coronavirus outbreak is affecting the resources available, adding it is going as far as possible “within current public health guidance”.

The bombing of Pan Am flight 103, travelling from London to New York on December 21, 1988, killed 270 people in Britain’s largest terrorist atrocity.

Former Libyan intelligence officer Megrahi – found guilty in 2001 of mass murder and jailed for life with a minimum term of 27 years – was the only person convicted.

He died in 2012 after being released from prison early on compassionate grounds.

The SCCRC published a decision on March 11 ruling a miscarriage of justice may have occurred in his case on two of the six grounds it considered in the review – unreasonable verdict and non-disclosure.

On the issue of unreasonable verdict, the commission said a miscarriage of justice may have occurred because no reasonable trial court, relying on the evidence led at trial, could have held the case against Megrahi was proved beyond reasonable doubt.

On the issue of non-disclosure, it said the Crown ought to have disclosed certain information to the defence and also its failure to disclose information about reward money bolsters the conclusion he was denied a fair trial.

Now, Mr Anwar has criticised the Crown Office’s response to his request for document disclosure.

He told the PA news agency: “Following the decision of the SCCRC on our application, we wrote on March 13 to the Lord Advocate for full disclosure of materials.

“Despite the appeal timelines imposed upon my team we have received absolutely no disclosure to date.

“That is simply unacceptable and a failure by Crown Office. The Megrahi family, the British families of victims as well as the Libyan people have waited far too long for this appeal once and for all to be settled in the Court of Appeal.”

He added: “The Lord Advocate’s team may be tempted to use coronavirus as an excuse however we will not hesitate to seek orders from the Court to recover these documents.

“The Crown were totally aware that the SCCRC would have been making its decision over the last several months…yet now say the materials are not easily accessible.”

Mr Anwar said draft grounds of appeal have been prepared for lodging with the court by April 30.

In a reply to Mr Anwar’s letter, dated March 20, Lothian and Border Procurator Fiscal Laura Buchan said: “In respect of the request for disclosure we are carrying out a review of the material we hold and will reply substantively in due course.

“You will be aware that the coronavirus (Covid-19) outbreak is having a significant impact on the Scottish criminal justice system.

“Whilst the Appeal Court will continue to sit where possible the outbreak will have an impact on the resource we can currently dedicate to that review and disclosure bearing in mind that much of the review is of hard copy materials stored within office premises, and cannot be conducted online.”

She said Ronnie Clancy QC, senior counsel for the appeal, has offered to meet Mr Anwar’s team to discuss disclosure requests but Mr Anwar said his team would not meet the Crown until fuller information had been provided by the SCCRC.

A Crown Office spokesman said: “Much of the material that requires review prior to disclosure is not held digitally, as would be expected given the age of this case and the sensitivity of some documents.

“The Crown is conducting a full review insofar as possible within current public health guidance.