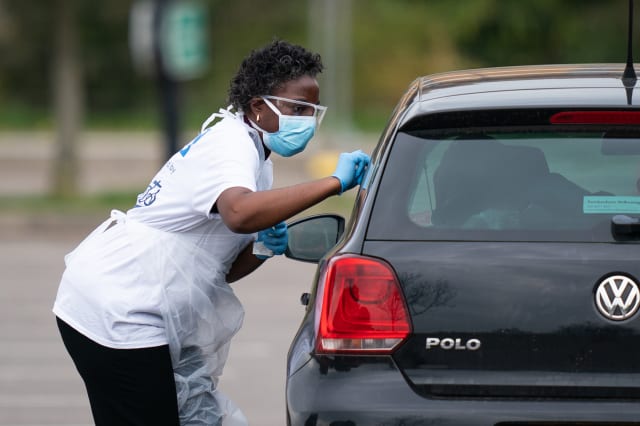 The UK’s coronavirus death rate cannot be effectively compared with other countries because of different testing strategies, an expert has said.

On several occasions, the Government has been asked why some nations in Europe appear to be doing better than Britain on the face of the data.

But there are a number of reasons why the figures cannot be treated as like for like.

The number of deaths are based on information from the European Centre for Disease Prevention and Control, and the population figures come from Eurostat’s 2019 estimates.

But Professor Norman Fenton, director of the Risk and Information Management Research Group at Queen Mary University of London, cautioned about making a direct comparison of the figures.

He told the PA news agency: “The major reason why UK death rates may not be comparable is because of the different testing strategies.

“The death rate is normally defined as the proportion of deaths among people confirmed with Covid-19.

“However, the number confirmed with Covid-19 is totally dependent on both the number – and type of people – tested and the kind of testing.”

Prof Fenton added that to the best of his knowledge, there had been no systematic attempt in the UK at random testing – testing which could determine the underlying rate of infection at given points in time.

He highlighted that there is no data for how many people with no coronavirus symptoms, or mild symptoms, have Covid-19.

Prof Fenton added: “The situation in other countries is different.

“Although Germany has not done systematic random testing, they have done far more tests, including many on non-symptomatic people.

“Hence the very different ‘death rates’ between the UK and Germany are almost certainly explained more by the different testing strategy than by difference in the quality of medical care or difference in lockdown or social distancing strategies.

“It is also interesting to note that in Italy there were some towns in which either full or random testing was conducted.”

Prof Fenton said another important reason to be sceptical of comparing other countries’ death rates with the UK is that as far as he knows, the UK is currently one of the only countries classifying every patient dying with Covid-19 as a coronavirus death, even if the cause of death was not necessarily caused by the virus.