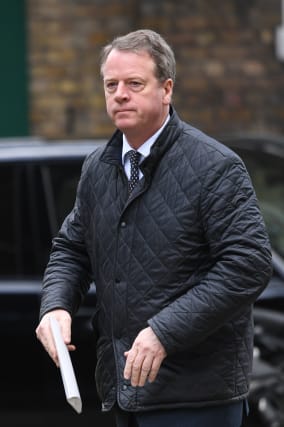 Now is not the time to “muddy the message” by talking about lockdown exit strategies, the Scottish Secretary has said.

Alister Jack said it is important to keep people focused on the message to stay at home to help save lives by protecting the NHS as it copes with the coronavirus pandemic.

Labour leader Sir Keir Starmer has called for clarity about what plans are being put in place to lift the lockdown when the time is right after the UK Government announced on Thursday it will be extended for another three weeks.

But Mr Jack said it is important not to confuse the message by discussing strategies at this stage.

“It’s the time to keep everyone focused on the really important message which is that if we’re going to avoid a second peak we need people to stay at home and carry on the good work of what they’ve definitely achieved so far.

“We see a flattening of the graph, the measures we’ve taken have worked, we want people to carry on with those measures, I don’t want to give any other messaging at this stage.”

He said the UK Government will be “led by the science” in any decisions and that hopefully the Scientific Advisory Group for Emergencies (Sage) report expected at the end of the month will show the measures have worked, at which point discussions can start about the methodology of coming out of lockdown.

Mr Jack said the UK and Scottish governments are working very well on the issue together, and he added it is important they are both “in lockstep on coming out of lockdown because the economy does not respect borders”.

He said: “If we stay in lockdown for too long the damage to the economy will then damage livelihoods and I would hate it that we came out the other side and that poverty that came from a broken economy killed more people than Covid-19, because we do know from previous analysis of recessions and depressions, poverty kills.”

Scotland’s First Minister Nicola Sturgeon has said she would deviate from the UK Government’s lockdown measures if her advisers told her it was in the best interests of her country.

Ms Sturgeon told BBC Radio 4’s Today programme: “If I was being advised, and if the judgment I was applying to that advice told me that I had to do something different to the rest of the UK because it was right and necessary to continue to control the virus in Scotland, of course I would do that.”

She said she will be driven by what advice, science and her own judgment is telling her but that “the more consistency we can have across the UK in how we do these things, the better”.