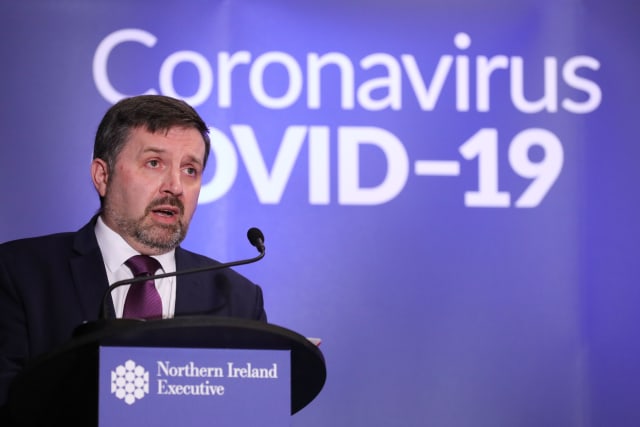 A total of 157 fatalities involving Covid-19 have been recorded on death certificates up to April 10, the Northern Ireland Statistics and Research Agency (Nisra) said.

That represents an increase of 39.

Another 41 occurred in care homes and hospices, around a quarter.

The remaining seven happened at people’s own homes.

The Public Health Agency (PHA) in Northern Ireland had previously reported 118 deaths involving the infection up to April 10 because of differences in how the statistics are gathered.

It relies on a patient having previously tested positive for the virus.

Nisra counts the findings of death certificates filled out by medical professionals and registered.

Concerns have been expressed about the situation in care homes.

Stormont health minister Robin Swann has said he wants to reassure people that relatives are receiving the support and care they need there.

“We need answers as to how health authorities are going to protect vulnerable people in care homes, residential homes and in the community.

“Our members have a right to know what plan there is to increase testing, contact tracing and ensure the right methods are used to self-isolate those known or suspected cases.”