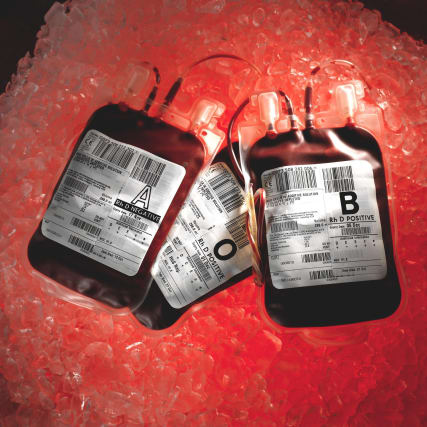 Coronavirus survivors are being asked to donate blood plasma in the hope that transfusions will eventually help those fighting the disease.

The NHS Blood and Transplant Service (NHSBT) is appealing to those who are recovering from Covid-19 to give convalescent plasma which contains antibodies which stop the virus growing.

The number of the helpful antibodies rise steadily in the blood stream of those who have been ill and are thought to peak between 21 and 28 days after recovery, according to the NHS.

For now, donations will be used in clinical trials but the hope is that in future they could be used by doctors treating those suffering with the disease.

Donors must have tested positive for the illness either at home or in hospital, but should now be three to four weeks into their recovery, ideally 29 days.

According to an email sent by NHSBT, plasma can be taken by a machine similar to those used in regular platelet donation.

A donation session will take around 45 minutes to give two units of plasma, and can be repeated as regularly as every fortnight.

Anybody who gives will have to temporarily stop any usual blood or platelet donations.

Previous research has suggested antibodies drawn from the blood of Covid-19 survivors improves the symptoms of patients severely ill with the disease.

Scientists in China who conducted the preliminary study said no serious adverse reactions were observed after convalescent plasma transfusion.