Kate reveals home schooling her children has been ‘challenging’ 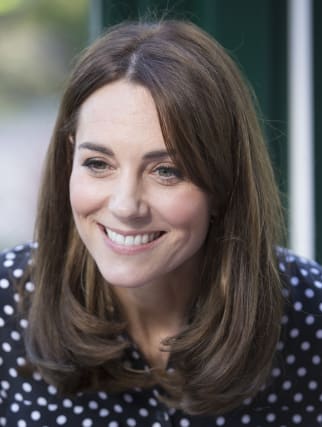 The Duchess of Cambridge has admitted finding it “challenging” teaching her three young children at home, a story likely to be mirrored across the country.

Kate also confessed she kept them in class during the Easter holidays to give their days “structure”, but said it was not all “hardcore” as she found “fun activities” online.

Kate said she was surprised how aware the trio were about some of the effects of the coronavirus outbreak, and in a lighter moment revealed they had been baking, cooking and pitching tents during the lockdown.

Speaking about life at their Norfolk home of Anmer Hall, the duchess told BBC News: “Lots of home schooling, which is challenging.”

She added, laughing: “Don’t tell the children we’ve actually kept it going through the holidays, I feel very mean.

“It’s just having that bit of structure, actually.

“It’s great, there are so many great tips online and fun activities that you can do with the children so it hasn’t been all hardcore.”

In February four pupils at George and Charlotte’s primary school, Thomas’s Battersea in south London, were reportedly sent home as a precautionary measure following a trip to northern Italy where the virus outbreak was spreading at the time.

The school later closed in line with thousands of others across the country, part of government measures to try and stop the spread of Covid-19.

Kate went on to say: “It’s been ups and downs, like a lot of families self-isolating.

“George is much older than Louis is and things but they are aware, I’m always surprised.

“And although you don’t want to scare them and make it too overwhelming.

“I think it is appropriate to acknowledge it in the simple ways and age appropriate ways.”

The duchess described how she is appreciating having all her children at home but keeping up with their energy levels, was a bit of a problem.

She said: “The children have got such stamina I don’t know how.

“Honestly, you get to the end of the day and you write down the list of all the things that you’ve done in that day.

“So you pitch a tent, take the tent down again, cook, bake.

“You get to the end of the day, they have had a lovely time, but it is amazing how much you can cram into one day that’s for sure.”