How prevalent has coronavirus become around the UK? 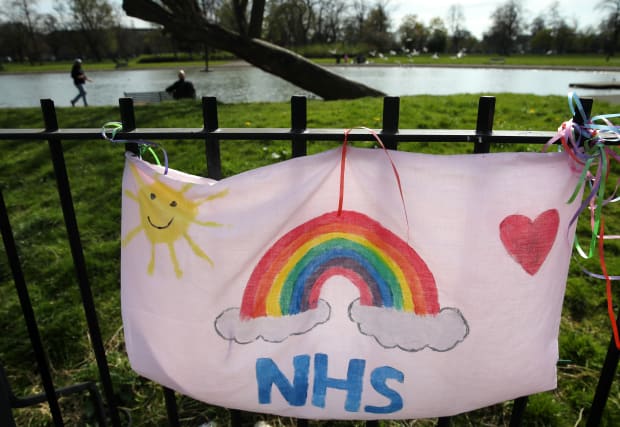 Tracking the prevalence of coronavirus across the UK is one way of identifying possible hot spots in a particular area of the country, as well as spotting trends both across a region and at a local level.

We can do this by calculating how many confirmed cases of coronavirus have been reported per 100,000 of the population, and then seeing how this has changed over time.

There are a few reasons we should treat these figures with caution, however.

Not everybody who has the virus is being tested, so we cannot be sure of the precise geographic spread of the disease.

The amount of testing varies from place to place, and some areas will rank higher than others simply because they are carrying out more tests and therefore detecting more cases.

There is also a lag in the processing and reporting of test results, so the daily figures are not a snapshot of what is happening around the country in real-time.

Bearing all these things in mind, what do the figures currently suggest?

The areas recording the highest prevalence remain concentrated in two parts of the country: London and south Wales.

Half of the 22 local authority areas in Wales now have at least 200 cases per 100,000 people. A week ago, only three areas had more than 200: Newport, Cardiff and Torfaen.

By contrast, Scotland and Northern Ireland each have only one area currently reporting more than 200 cases per 100,000 people: Tayside (225) and Belfast (202) respectively.

South Wales has seen the highest levels of prevalence in the UK for several weeks. The trend was noted last month by Dr Frank Atherton, the chief medical officer for Wales, when he suggested that the high number of cases in these areas could be partly to do with increased testing by the Aneurin Bevan University Health Board, which is responsible for this part of the country.

“There has been a lot more testing in Aneurin Bevan, and so the fact we’ve been doing more testing has led to an increase in the number of cases identified.”Dr Atherton told a press conference on March 26.

He also noted that “being on the border with England is an issue”, as “we know that the hot spot in the UK is around London”, which has direct rail links to the area.

London has been a coronavirus hot spot since early in the outbreak, and all the city’s boroughs have consistently ranked very high for prevalence among all local authorities in England.

Southwark, Lambeth, Harrow and Croydon follow next, in exactly the same order this week as last week.

After Croydon in the England rankings comes the first local authority area outside the capital, Cumbria, which is now on 270 cases per 100,000 people, compared with 226 per 100,000 a week ago.

Cumbria has ranked highly for prevalence for the past few weeks, though it has not always seen the highest level in England outside London, with Sheffield holding that particular title for a time.

Levels in Sheffield could be influenced by the volume of testing in this area, as the council has acknowledged there is more testing taking place here than elsewhere.

Other areas in England outside London currently recording a high prevalence of the virus are Sunderland (263 cases per 100,000), Gateshead (243) and Middlesbrough (231).

The numbers suggest north-east England might be another possible hot spot – though as with Sheffield and south Wales, the high numbers could be as much to do with a greater volume of testing as more cases of the disease.

North-east England will be a region to watch over the next week, to see if prevalence of the virus rises even closer to levels currently seen in London and south Wales.