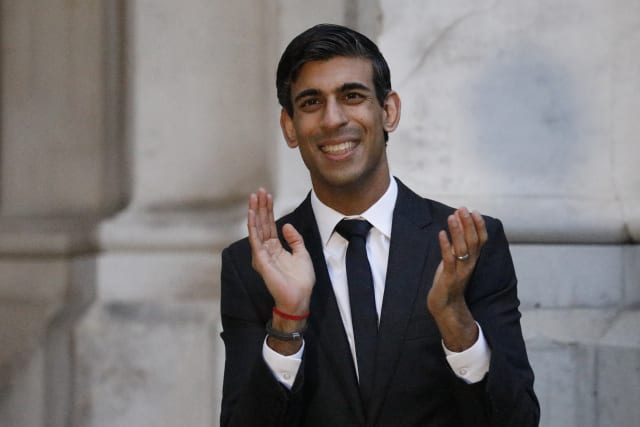 Businesses and unions broadly welcomed the Chancellor’s announcement that the Government’s furlough scheme would be extended until the end of June.

Trade bodies and business groups said the Government must now ensure the application scheme’s launch on Monday must be quick and easy, allowing for speedy access to the cash to pay staff.

Unions said there would now be “no reason” for redundancies, but also called on ministers to ensure workers are protected longer-term during a recovery.

PA news agency has rounded up highlights from business and union leaders.

Dame Carolyn Fairbairn, CBI director-general, said the Government deserve credit for the decision, which she said would “help protect the economy and prevent unnecessary job losses through this new lockdown phase”.

She added: “This extension means that firms will no longer be forced to issue redundancy notices over the next few to days to comply with 45-day consultation requirements and can instead return to focusing on protecting jobs and their businesses.”

The Institute of Directors said the decision came “just in the nick of time” before redundancy discussions would need to start taking place.

But Edwin Morgan, director of policy at the IoD, said the Government must be prepared for the furlough scheme going live next week.

He said: “The furlough scheme is a lynchpin of the Government’s economic support, and has brought relief to many businesses and employees.

“When the portal opens on Monday, it’s crucial the system is as straightforward as possible. We’ll be working to ensure as many firms can access the support as need it.

“With the lockdown extended, it’s now even more important that we look to fix any problems in the system.”

The BCC director general Adam Marshall added: “With applications for the scheme opening on Monday, and April’s payday fast approaching, it is essential that payments are made as soon as possible.

“Any delay would exacerbate the cash crisis many firms are facing and could threaten jobs and businesses.”

And Mike Cherry, national chairman at the Federation of Small Businesses (FSB), added it would be important for businesses to access the payments quickly once applications launch.

He said: “With revenues drying up completely over the past three weeks, thousands of small employers have had to pay March’s payroll out of their own pockets.

“The retention scheme must pay out swiftly. Until now, the only means to easing the cashflow crunch for many small firms has been the, to date, lacklustre coronavirus business interruption loan initiative. Small business all over the country are on the brink today. They need cash now.”

In the pubs sector, Emma McClarkin, chief executive of the British Beer & Pub Association, said the sector and its one million workers will welcome the extension.

She added: “The extension will ensure the continued safeguarding of thousands of livelihoods in the beer and pub trade, whilst also continuing to help closed pubs with their cash flow through this difficult period.

“Without it, companies in our industry would have been forced to start making difficult decisions on staff redundancies to ensure the very survival of their businesses.”

Stephen Phipson, chief executive of Make UK – the manufacturers’ organisation, said: “The situation remains very dynamic moving forward, however and we will need to continue to work with Treasury to make sure that businesses get the support that they need in the longer term to allow the economy to recover and for the economy to get back on track.”

And the ADS chief executive Paul Everitt said: “Extending this important scheme allows employers to continue furloughing arrangements without having to confront difficult decisions on future staffing levels until after the next review of lockdown measures.”

TUC general secretary Frances O’Grady welcomed the decision, saying there is “no reason to make any staff redundant”.

She added: “If the scheme had not been extended, the deadline for redundancy consultation notices would have been tomorrow (Saturday). So it was vital that this announcement came quickly after the lockdown extension.

Unite general secretary Len McCluskey said he was hugely relieved to hear the decision and thanked the Government.

“With this clear statement from the Chancellor that the furlough scheme will not be withdrawn in the coming weeks, our appeal now is to employers to do the right thing by your workers. Turn to this scheme, keep people safe and keep workers in their jobs until they can return to work.”

But Susan Harris, legal director at the GMB union, said whilst the news was welcome for workers, the Government must ensure they are supported longer term during any recovery.

She added: “We can’t have a situation where workers face an economic cliff edge as the economy readjusts after the worst of Covid-19.

“The Government needs to set out its plan for what coming out of lockdown looks like for workers; in every job, in every workplace.”