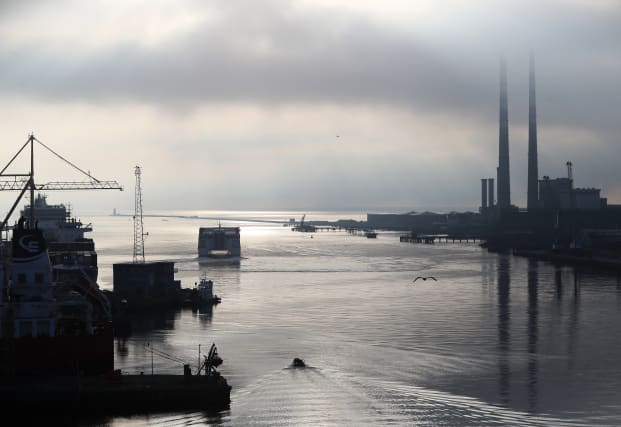 Efforts are under way to re-route two P&O ferries stranded at Dublin Port amid an ongoing stand-off between the company and the Port of Liverpool.

The impasse arose on Thursday when Peel Ports, the owner of the Mersey Docks and Harbour Company, prevented a Dublin-bound P&O ferry leaving the Port of Liverpool over a £600,000 payment.

On the other side of the Irish Sea, two freight ferries – one owned by P&O and the other chartered by the company – were unable to set sail for Liverpool because of the row.

The P&O-owned vessel in Dublin – the Norbank – was fully loaded and ready to depart when the incident unfolded in Liverpool.

It is understood negotiations took place between P&O and Dublin Port authorities through Friday over the issue.

It is further understood P&O now intends to land the ferries at another port location in the north west of England and operate its Dublin service out of that facility until the situation at the Port of Liverpool is resolved.

A swift settlement to the dispute may avoid that necessity, but that looked some way off on Friday night, with both parties continuing to blame the other.

The row comes amid efforts by both sides to manage their way through the impact of the coronavirus emergency.

P&O claims Peel Ports presented it with a “sudden demand” for £600,000 and acted without reasonable warning or proper procedure in preventing its vessel, the Norbay, from leaving on Thursday.

A spokesman for P&O said: “We have been in open discussions since this crisis began with all of our ports and network to ensure that we can manage payments while everyone deals with this unprecedented situation.

“We had asked for flexibility in the time required to pay but the Liverpool port refused to respond, even though we were committing to full payment.

“Then we learned that our point of contact had been furloughed and they didn’t tell us.

“The irresponsible and unnecessary actions of The Mersey Docks and Harbour Company Limited at a time of national crisis have closed an essential Liverpool-Dublin supply route, which means vital goods will not be able to flow between the UK, Ireland and Europe.”

Peel Ports insisted the move was a “last resort” and accused P&O of putting other supply chains at risk.

“The Port of Liverpool plays a vital role in many critical supply chains from all over the world, handling products needed in the medical and healthcare sector, food industry and energy generation,” said a spokeswoman.

“Customers who refuse to pay their bills put these other supply chains at risk. Any decision to detain a vessel is always taken as a last resort and only when there is a significant debt to repay.

“While we understand that we are in unprecedented times, the UK Government has announced multiple financial interventions that will support companies with short-term funding issues as a result of Covid-19.

“These should be used as opposed to passing the cash flow risk along the supply chain.”

A senior official in the Department of the Taoiseach in Dublin said if the dispute became protracted it could have implications for the supply chain in Ireland.

“The Department of Transport is engaging actively with P&O and other port companies to resolve the issues,” Liz Canavan said on Friday.