Almost half of Scots nurses ‘pressurised’ into working without PPE 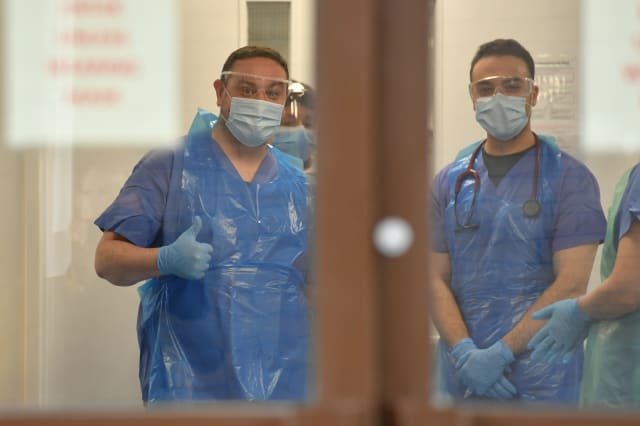 Almost half of nurses in Scotland have felt pressured to care for patients without adequate personal protective equipment (PPE), according to a survey.

Respondents to the Royal College of Nursing (RCN) questionnaire shows 46% of its members north of the border, including those working in high-risk environments, had felt pressed into working without the PPE despite dangers related to the Covid-19 crisis.

More than two-thirds of respondents – 69% – to the RCN poll had raised concerns about PPE, while 75% had that issue fully or partially addressed.

Theresa Fyffe, RCN Scotland director, said: “The responses to this snapshot survey speak for themselves.

“It’s fundamental to personal safety and effective infection control that nursing staff have the correct PPE and that it fits properly.

“Incorrectly fitting PPE might not provide effective protection. It’s also essential that they are trained in its proper use and have adequate changing and washing facilities.

“Our members are telling us this is not the case for everyone and the results support the concerns the RCN has been raising consistently during the pandemic.

“The Scottish Government has assured staff that a lot of hard work is being done to improve and secure supply, distribution and use of PPE.

“These results show that there is still more to do. It’s time to make good on the promises that have been made to all nursing staff in the past few weeks.”

A total of 1,465 RCN members who work in Scotland responded to the survey.

The results show 25% of nurses working in high-risk environments had not had their mask fit tested and 31% in these areas had not had training in putting on and taking off PPE.

Almost half – 47% – of respondents working in high-risk environments and 36% in general care environments said they had been asked to re-use single-use equipment.

The Scottish Government claims more than 75 million items of PPE have been delivered to hospitals in Scotland providing care for Covid-19 cases and other conditions.

It is said to be putting pressure on suppliers to increase production levels as well as identify other sources.

An email address has also been set-up for any concerns to be raised.

A Scottish Government spokesman said: “The Cabinet Secretary for Health has regular calls with the RCN in Scotland and will always welcome the opportunity to consider any issues raised by the RCN.

“The Scottish Government is absolutely determined that all of our hard-working health & social care staff get the right personal protective equipment to keep them safe.

“We are continuously looking to improve the supply and distribution of the protective equipment.

“NHS National Services Scotland is providing boards with additional support to ensure that staff are fitted with masks correctly before carrying out their duties.”

Scottish Liberal Democrat health spokesman Alex Cole-Hamilton MSP said: “This survey shows us too many nurses aren’t confident in the equipment they’re being given or the sufficiency of protective supplies.

“It’s unacceptable that those protecting us day in day out on the frontline are having to worry about such fundamental basics as suitable washing and changing facilities.”