Shell reveals ambition to be emissions-neutral by 2050 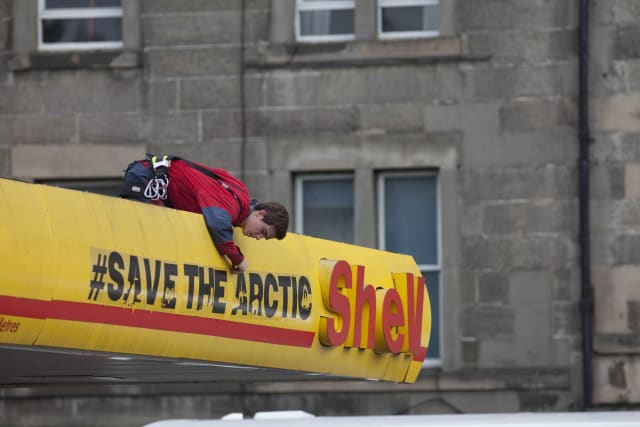 The boss of one of the world’s biggest oil producers has said it is vital to look to the long term amid the coronavirus pandemic, as Shell announced plans to become carbon-neutral by the middle of the century.

Shell said its “ambition” is to reduce emissions from the manufacture of all its products, so-called scope one and scope two, to net-zero by 2050 at the latest.

Net-zero means that, although some parts of the business may still be emitting carbon, others will make up for this by removing carbon from the atmosphere, or preventing it from being released.

“With the Covid-19 pandemic having a serious impact on people’s health and our economies, these are extraordinary times. Yet even at this time of immediate challenge, we must also maintain the focus on the long term,” Mr van Beurden said.

Scope three includes any emissions Shell’s products produce when used by customers; for example, a driver who fills up at a Shell petrol station will produce scope three emissions when they use the fuel.

To combat this, Shell said it will reduce the net carbon footprint of the energy that it sells to customers, including businesses, by around 65% by 2050.

This is an increase on its previous ambition to halve that footprint. By 2035 it wants to reduce it by 30%.

Combined with a pivot towards serving businesses and sectors which offset their own emissions with their own net-zero plans, this will allow Shell to reduce its scope three emissions to net-zero, the company said.

Mr van Beurden said: “Society’s expectations have shifted quickly in the debate around climate change. Shell now needs to go further with our own ambitions, which is why we aim to be a net-zero emissions energy business by 2050 or sooner. Society, and our customers, expect nothing less.”

The announcement follows a similar ambition announced by BP earlier this year.

Adam Matthews, of the Church of England Pensions Board, said: “This announcement significantly increases Shell’s ambitions and commitments. It is indicative of Shell’s confidence in not only navigating the immediate situation but rightly sets the focus on developing net-zero pathways in key sectors that shape the demand for energy.

“Ultimately, it will be by developing and supporting net-zero pathways in these sectors that we will achieve the goals of the Paris Agreement.”

The Church is part of the Climate Action 100+ group, which has campaigned for oil giants to improve their environmental record.

Stephanie Pfeifer, a member of the group’s steering committee, said: “It’s imperative we see companies across the entire oil and gas sector put strategies in place to achieve net-zero emissions if we are to tackle climate change.”