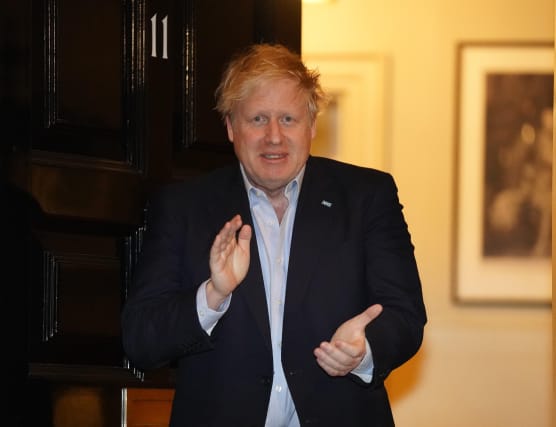 Boris Johnson’s popularity has surged with Britons rallying around the Prime Minister as he recovers from coronavirus, a study has found.

The majority of people (51%) now have a favourable opinion of Mr Johnson, up 17 percentage points from early March before lockdown measures were enacted, according to Ipsos MORI.

Meanwhile, whilst half of people polled were yet to make their minds up over new Labour leader Sir Keir Starmer, those who did express a view said they expected him to improve the party’s fortunes by a seven-to-one margin.

The study was conducted between April 10 and 13, as the Prime Minister was discharged from St Thomas’ Hospital and travelled to Chequers to recuperate, with 1,069 participants taking part.

The public have also become more favourable towards the Tories since last month, the poll suggests, with the Conservative Party’s popularity increasing by seven percentage points.

And for the first time this year more people believe Britain is moving in the right direction by a small margin of 5%.

But 37% of those interviewed did not agree with the party’s actions, and three in 10 people (31%) said they still have an unfavourable opinion of Mr Johnson.

The Liberal Democrats have a larger hurdle to overcome, with 42% of people looking at the party critically.

Ipsos MORI managing director of public affairs, Kelly Beaver said: “Our findings show that during these uncertain times, public opinion continues to move in a more favourable direction for Boris Johnson as he leads the country through the coronavirus crisis and Brits rally round the Government, an effect we’re seeing in a number of countries.

“There is a glimmer of hope for Keir Starmer as he takes over as Labour leader, with more people thinking he will make the Labour Party better than worse.

“Only time will tell if that translates into popular support for the party rising.”