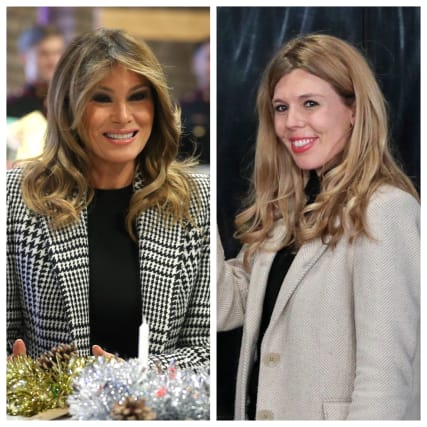 The First Lady of the United States has been in touch with Carrie Symonds to share well wishes for her and fiance Boris Johnson amid the coronavirus pandemic.

Melania Trump called the Prime Minister’s fiancee on Thursday and said that “the United States was praying for their speedy and full recoveries” following Mr Johnson’s admittance to intensive care with Covid-19.

According to the White House, “Mrs Trump reaffirmed that the United States stands together with the United Kingdom in the fight to defeat the coronavirus pandemic”.

She also “expressed optimism that the United States and the United Kingdom would get through this difficult period and emerge stronger than before”.

Donald Trump had offered to help the Prime Minister when he was first transferred to hospital.

He told a White House press conference: “We’ll see if we can be of help.

“We’ve contacted all of Boris’ doctors, and we’ll see what is going to take place, but they are ready to go.”

Ms Symonds, who is expecting the couple’s first child in the summer, said she spent a week in bed after experiencing coronavirus symptoms, but was not tested for the illness.

She tweeted that there had been some “very dark” times during his illness and added: “I will never, ever be able to repay you and I will never stop thanking you.”