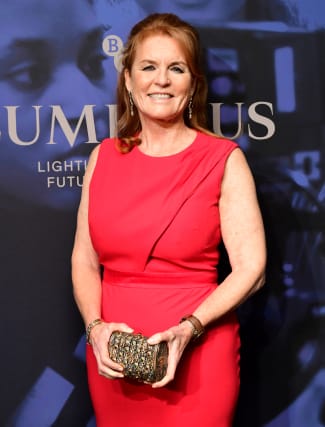 Sarah, Duchess of York read one of her own children’s books as she continued with her online Storytime With Fergie And Friends.

The Queen’s former daughter-in-law, on her new YouTube channel, chose Budgie Goes To Sea, which she wrote in 1991.

She said: “Guess who the author is. Mmmmm. It could be me… It’s very exciting. You’ll really like it.”

On the second day of her pledge to read a daily story to children in lockdown, the duchess, who is thought to be at Royal Lodge – the home she shares with ex-husband the Duke of York, sat inside, half in the shade, and chuckled as she delivered the tale.

The Budgie series – which charts the adventures of a little hero helicopter who rushes around rescuing people – became a lucrative creation for the duchess, and the books were turned into a TV cartoon.

The duchess was earlier pictured mopping the floor and doing the dishes.

Sarah, who has recently signed a publishing deal for seven new books, is already the author of more than 25 books, including the Budgie The Little Helicopter and the Little Red series.