Family comforted that lonely death of boy, 13, gave others chance to say goodbye 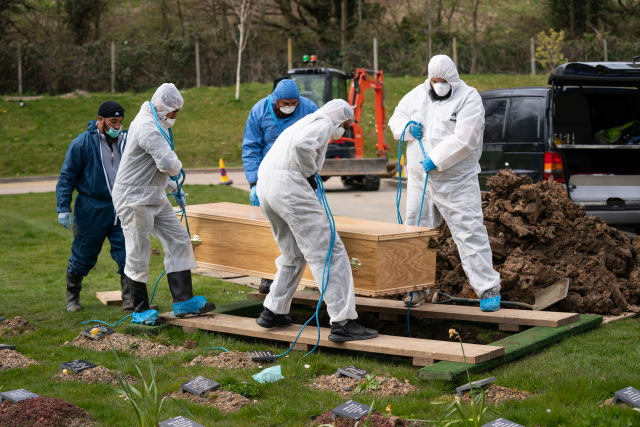 The grieving family of a 13-year-old boy who died alone with Covid-19 have said they are pleased that his death has opened up the chance for others to say a final goodbye to loved ones.

Health Secretary Matt Hancock, who is himself the father of a 13-year-old child, said hearing that Ismail Mohamed Abdulwahab died without a parent at his bedside “made me weep”.

Ismail’s sister, who did not want to be named, told the PA news agency: “I’m happy they are going to try and facilitate for families to say goodbye.

“I think, with everything happening so fast, it is hard to accept reality, especially when you don’t see them during their last moments.”

Her comments came after she watched Mr Hancock tell a Downing Street press conference on Wednesday that the sight of Ismail’s coffin “being lowered into a grave without a member of his family present was too awful”.

He announced that new procedures are being introduced “so we can limit the risk of infection while wherever possible giving people’s closest loved ones the chance to say goodbye”.

The new guidelines are based on work with Public Health England, the care sector and other organisations.

Ismail, of Brixton, south London, is thought to have been the first child in the UK to die after testing positive for coronavirus.

His family described him as a “gentle and kind” boy with a “heartwarming” smile.

The youngster was admitted to London’s King’s College Hospital on March 26 and tested positive for Covid-19 the following day.

He died in the early hours of March 30 after his lungs failed and he had a cardiac arrest. He had no apparent underlying health conditions.

He was buried four days later, but his immediate family were unable to attend because they had to self-isolate.

His coffin was lowered into the ground by four people wearing protective clothing, gloves and face masks at a dedicated Muslim burial ground in south-east London.

Family friend Mark Stephenson said Ismail’s immediate relatives had been “devastated” that none of them could attend after two of his six siblings began displaying mild symptoms of the virus including a temperature and loss of taste.

A small crowd of mourners stood apart from each other in prayer at the service, as they observed social distancing guidelines.

Mr Stephenson stressed that the family have drawn comfort from their Muslim faith but that “losing a child to Covid-19 is hard”.

He told PA: “The family are still grieving and they are still finding it difficult but, at the same time, the amount of support they have got has been comforting.

“As bad as it all was (for them), it has raised awareness of what families are going through.”

He said that if their trauma has led to “a policy change, then that is something that is a good outcome”.

He added: “Just losing a child at that age is hard but that is polarised and made worse by the fact that potentially you do not get to see them and bury them.

“Even if had they said goodbye, I think the loss would have been heavy. You expect your children to outlive you and not to die before you. It is always difficult.”