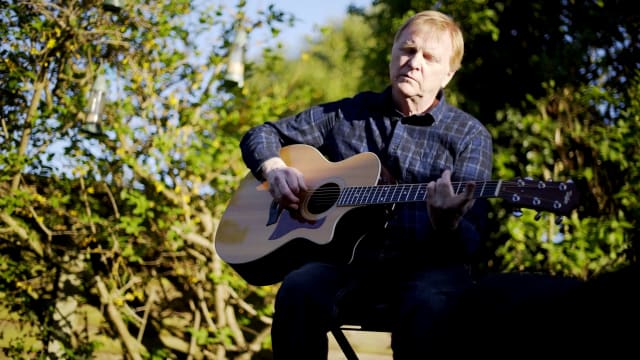 A Covid-19 sufferer recorded a song in his garden as a thank you to the NHS on his first day out of bed.

Talented guitarist Michael McGonigle, who has asthma, spent time in hospital during his three-week battle with coronavirus but said the worst has now passed.

“Once you are in hospital, you don’t know if you are coming out – and I did.”

On his first day out of bed, he decided to go into his garden and record a special musical thank you to the NHS staff who saved his life.

The video was posted to his son and daughter’s YouTube channel, where they normally post their own songs.

Mr McGonigle, who lives in Erith, Kent, added: “It was just a thank you to the NHS staff.

“I just sat in the hospital and I just couldn’t believe how hard they work.

“You have got to see it to believe it.

“They are so cheerful, so careful. It’s quite moving.”

He also expressed his frustration that some people continue to flout the lockdown restrictions despite the rising death toll.

His video has been shared by Dartford and Gravesham NHS Trust, which runs Darent Valley Hospital where Mr McGonigle was treated.