Coronavirus: Which vaccines and treatments are being trialled? 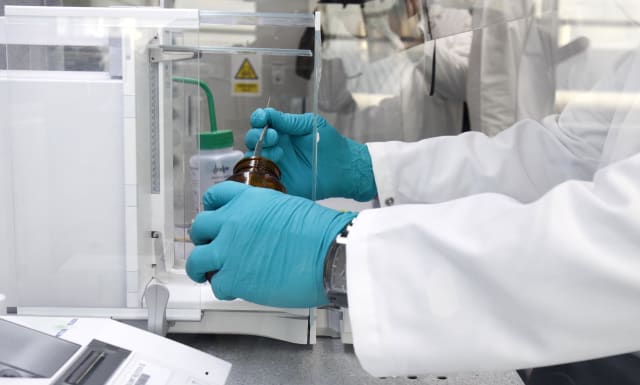 Researchers across the world are working around the clock to develop vaccines and treatments for coronavirus.

Some drugs are already being tested in humans, while others are edging closer to beginning clinical trials.

The Coalition for Epidemic Preparedness Innovations (Cepi) has identified 115 Covid-19 vaccines at varying stages of development.

Five of these candidates have moved to clinical development.

– What are some of the vaccines that are being worked on?

Scientists at the University of Oxford say a vaccine could be available for use by the general public by September.

Sarah Gilbert, a professor of vaccinology at the university, and her team have already created a potential vaccine that is due to begin human trials within two weeks.

They say nothing can be guaranteed but something could be available by autumn if everything goes perfectly.

Elsewhere, pharmaceutical companies Sanofi and GSK have teamed up with the hope of making a Covid-19 vaccine available by the middle of next year.

They are hoping to enter a candidate in clinical trials in the second half of this year.

Scientists at the University of Pittsburgh School of Medicine are working on a fingertip-sized patch which could be a potential vaccine for coronavirus.

In China, CanSino Biologics has started the second phase of testing its vaccine candidate.

And in America development of a potential vaccine made by the National Institutes of Health (NIH) and Moderna Inc is moving along.

The first person to receive that experimental vaccine last month returned to a Seattle clinic this week for a second dose.

University of Cambridge researchers are also working on a potential vaccine, as are many other institutions across the world.

– What work is being done on treatments?

Some of the potential Covid-19 treatments that are being trialled are already used to treat other conditions.

– Remdesivir, which is in development as an anti-Ebola virus treatment, is being trialled by University College London in patients with severe Covid-19 in hospitals across England and Scotland;

– Lopinavir/ritonavir, which is currently authorised as an anti-HIV medicine;

– Chloroquine and hydroxychloroquine, which are currently authorised at national level as treatments against malaria and certain autoimmune diseases such as rheumatoid arthritis;

– Systemic interferons, and in particular interferon beta, currently authorised to treat diseases such as multiple sclerosis.

And British pharmaceutical giant AstraZeneca has confirmed plans to launch a global clinical trial testing one of its drugs in treating the extreme immune response triggered by Covid-19 in severely ill patients.