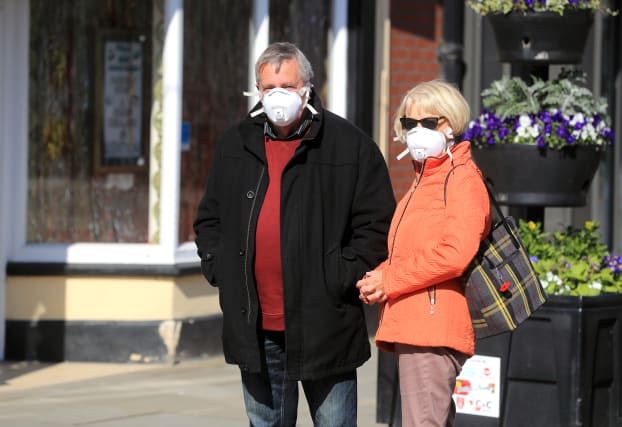 The death rate for men with coronavirus was twice as high as that of women in England and Wales in March, according to the Office for National Statistics (ONS).

Death rates increased in every age group for both men and women, and the gap between men and women was significant from age 55 and up.

The ONS pointed out that, in general, men have a higher mortality rate than women.

Its analysis looked at all coronavirus-related deaths that occurred in England and Wales between March 1 and 31 2020, registered up to April 6 2020.

But the ONS cautioned that the total number of deaths for the month is likely to increase as more deaths are registered.

Nine in 10 of the deaths involving Covid-19 were in people with pre-existing conditions, the ONS said.

Chronic ischaemic heart disease was the most common main pre-existing condition and was involved in 541 deaths (14% of the total).

It also found that Covid-19 was the third most frequent underlying cause of death.

Dementia and Alzheimer’s disease was the underlying cause of death in the most deaths for the month (6,401 – the equivalent of 130 deaths per 100,000 people), and which accounted for 14% of all deaths in March.

Despite the Covid-19 outbreak, the overall mortality rate for March was “significantly lower” than the five-year average, the ONS said.

It suggests this could be due in part to the colder winters in 2015 and 2018, which led to a higher number of deaths in the winter months.