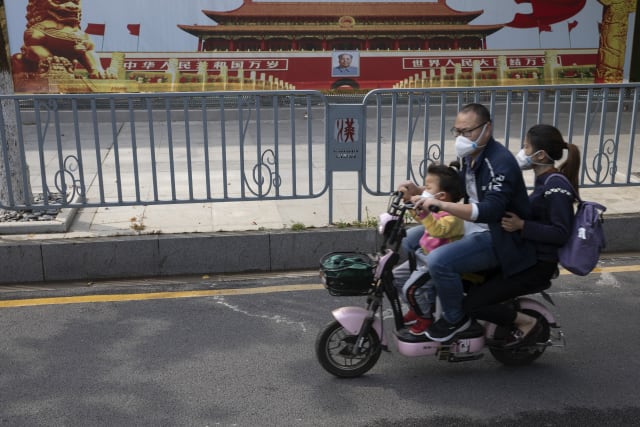 China suffered its worst economic contraction since since at least the 1970s in the first quarter as it fought the coronavirus.

The world’s second-largest economy shrank 6.8% from a year ago in the three months ending in March after factories, shops and travel were shut down to contain the infection, official data showed on Friday.

That was stronger than some forecasts that predicted a contraction of up to 16% but was still China’s worst performance since before market-style economic reforms started in 1979.

Some forecasters earlier said China, which led the way into a global shutdown to fight the virus, might rebound as early as this month.

But they have been cutting growth forecasts and pushing back recovery timelines as negative trade, retail sales and other data pile up.

“I don’t think we will see a real recovery until the fourth quarter or the end of the year,” said economist Zhu Zhenxin at the Rushi Finance Institute in Beijing.

Retail spending, which supplied 80% of China’s economic growth last year, plunged 19% in the first quarter from a year earlier, below most forecasts. Investment in factories and other fixed assets, the other major growth driver, sank 16.1%.

The ruling Communist Party declared victory over the virus in early March and started reopening factories and offices even as the United States and Europe tightened controls.

But cinemas, hair salons and other businesses deemed nonessential but employ millions of people are still closed. Tourism is struggling to recover.

Controls on Beijing, the capital, and some other cities have been tightened to prevent a resurgence of the disease. Most foreigners are barred from entering the country.

Consumer spending is slow to recover despite government moves to encourage spending by giving out shopping vouchers in some cities and launching a media campaign showing officials eating in restaurants.

Many would-be shoppers are holding onto their money out of fear about possible job losses. Others are reluctant to venture into supermarkets or even leave their homes.

That is a blow to automakers and other companies that hope China will power the world economy out of its most painful slump since the 1930s.

The ruling Communist party has appealed to companies to keep paying employees and avoid layoffs. It is promising tax breaks and loans to help entrepreneurs recover. Still, a wave of bankruptcies has flooded the job market, adding to economic anxiety.

Car sales sank 48.4% from a year earlier in March. That was better than February’s record 81.7% plunge but is on top of a two-year decline that already was squeezing global and Chinese carmakers in the industry’s biggest global market.

Exports declined 6.6% in March from a year ago. That was an improvement over the double-digit plunge in January and February, but forecasters warn exporters likely face another downturn as the fight against the virus depresses US and European consumer demand.

Forecasters including Oxford Economics, UBS and Nomura say China will have little to no economic growth this year.