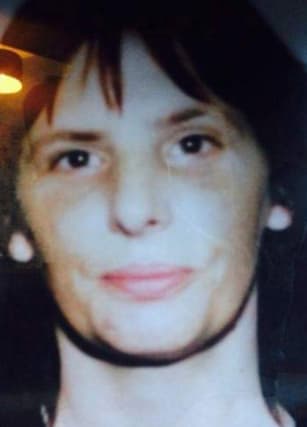 The children of a woman murdered by her abusive ex-partner have been handed tens of thousands of pounds over police errors before her death.

Jacqueline Oakes, 51, was battered to death by Marcus Musgrove at her flat in Edgbaston, Birmingham, in January 2014.

Musgrove was found guilty of her murder and jailed for life with a minimum term of 18 years later that year.

In 2017, the police watchdog found Ms Oakes was let down by procedural errors, and 19 police officers and staff were found to have a case to answer for misconduct, though no-one lost their job as a result.

In an interview with PA news agency on Thursday, Jenny Oakes, from Rubery, Birmingham, described her mother as a very strong, happy and caring person, who had a “big heart”.

If police had listened to her mother before her murder, she would “100%” be alive today, she said.

“She phoned the police I think 19 times and they never listened to her, they never took her seriously.

“If they listened to her and they had done their background checks on the other person, she would still be here.”

On the legal battle, she said: “All we ever wanted was for someone to say sorry.

“Unfortunately, when it comes to the police, I have learnt that sorry is not in their vocabulary.

“But we were not going to go away. It might have taken us six long years but we were determined to get some recognition from West Midlands Police about the way they treated our mom.

“I had to succeed for my mom and for all the other women out there who suffer domestic abuse.

“The police might not have said sorry but I feel fully vindicated by their decision to settle our case.”

Ms Oakes said she now plans to use her share of the payout to open a beauty salon and training academy in memory of her late mother.

She said: “Before my mom died, I had my own beauty salon in Halesowen, but the trauma of losing my mother in such a violent way meant I had to close it down.

“But now I feel that something positive can come out of what has been a living nightmare and a new positive chapter can begin. I think my mom would be proud of me.

“I feel it is more important now than ever before to send a warning out to police forces everywhere about domestic violence in the wake of so many more calls being made to charities since the lockdown.

“Domestic violence can happen to anyone, male or female, young or old, and we have to rely on the police to be our first line of defence.

“My message to the police is simple: don’t ever assume and always do your research.

“I feel that my mom was written off and she paid for this with her life.”

Simon Wilson, of Hudgell Solicitors, who secured the settlement, said: “Jacqueline was unfortunately murdered by a partner who had a long history of violence towards women.

“She met him in 2013, had problems almost immediately with him and reported offences to police.

“There were a number of procedural errors which led to the offender not being placed in custody and subsequently led to her death.

“All too often I see the devastation left behind after an entirely avoidable death like Jacqueline’s.

“It makes it all the more important that the police are held to account for their actions.”

Musgrove met Ms Oakes in April 2013 when he was placed into the same supported accommodation.

Over 10 months, a catalogue of abuse and harassment by Musgrove was reported to West Midlands Police and various support services, the Oakes family lawyers said.

In June, Musgrove was charged with assault and harassment and refused bail.

The Crown Prosecution Service later withdrew the case against Musgrove and he was released back to the same accommodation.

On January 7 2014, Ms Oakes, who was by then staying with a friend in Edgbaston, reported being raped by Musgrove, Hudgell Solicitors said.

He was arrested but bailed under the condition that he did not approach her.

Within just over 24 hours, police were notified that he had breached his bail when they received a 999 call from a friend of Ms Oakes.

But he was not rearrested until after Ms Oakes’s body was found in the early hours of January 14.

An inquest in Birmingham in 2018 found she was unlawfully killed and identified a number of contributory factors.