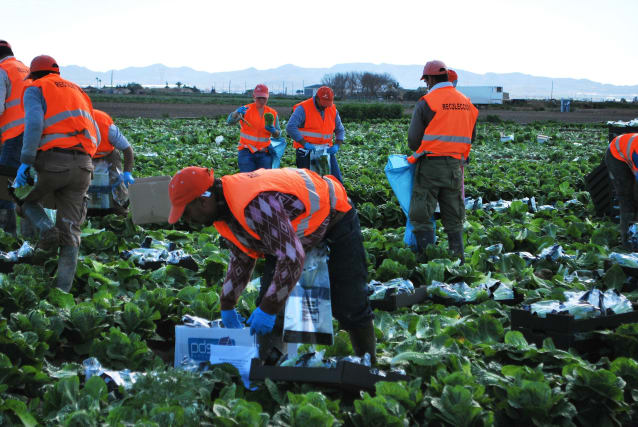 Charter flights bringing Romanian fruit and vegetable pickers to the UK will help ensure there are experienced workers alongside new UK recruits, the British Growers Association has suggested.

Up to six flights have reportedly been organised to bring Eastern European farm workers to Britain.

The first, carrying up to 180 Romanian workers, is due to arrive at Stansted Airport in Essex on Thursday, Surrey-based Air Charter Service said.

It comes after a campaign to recruit more British seasonal workers was launched last month, amid concerns that travel restrictions imposed as a result of Covid-19 have made it difficult to recruit enough pickers from Eastern Europe, where many have come from in previous years.

Jack Ward, chief executive of the British Growers Association, said he expected the “vast majority” of seasonal workers this year will be British but that businesses cannot run “on enthusiasm alone”.

“When you’re operating on the scale (that large food producers) are, you do need a few people around who know what they’re doing,” he said. “You just can’t run these businesses on enthusiasm alone.”

He said that, historically, a “significant proportion” of pickers come from Eastern Europe and return year after year.

“I think what that workforce provides is a bit of experience and know-how to mix in this year with the people who have never done this before,” said Mr Ward.

He added that crops are harvested 12 months of the year and the height of the season is from May to autumn.

He said coronavirus restrictions could lift before the end of the season.

“What we’ve got to be a little bit aware of is that when we get to, let’s say, July and we’re still absolutely flat out in the fresh produce industry, how many of the people who have volunteered have then returned to their original jobs,” said Mr Ward.

“I think what some farms are trying to do is balance what’s available today, what might be available in three months’ time or four months’ time, and the requirements of what is quite a long season.

“I think they’re trying to cover every eventuality but I sense that this year the vast majority of seasonal workers will be from the UK.

“The numbers you can get on a plane are almost insignificant compared with the total numbers that are needed.”

He said there had been a “terrific response” to a campaign to recruit more British workers this year.

“If anything we’ve been overwhelmed with offers of help,” he said. “It’s been an amazing response.”

He said the asparagus season, which requires around 5,000 pickers across the UK, is just getting under way.

The “crunch” will come from May onwards when 35,000 to 40,000 workers are required to pick crops such as lettuce and berries, Mr Ward added.

“This is a long game,” he said. “The salad season will run well into October and growers have got to be very confident that they have got enough labour for the entire season.

“We could be in a very different situation let’s say by July 1.

“What we can’t do is go ‘OK, we had a terrific number of volunteers for the first eight weeks of the season and then they all went back to work and we haven’t got anybody left’.”

He added that it is “too early to tell” if there could be more charter flights.