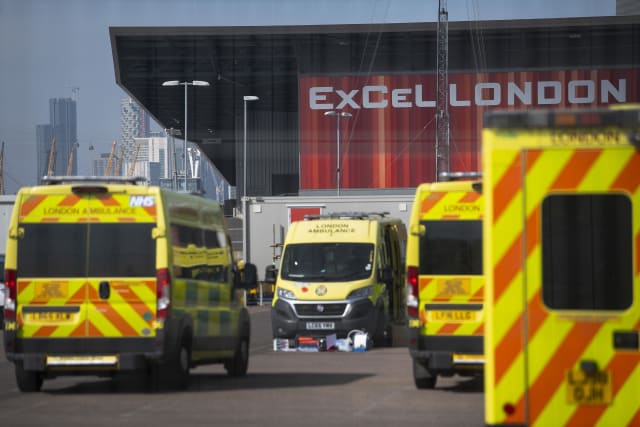 A heartfelt poem has honoured the work of immigrant key workers risking their lives to keep the nation afloat during the Covid-19 crisis.

The poem, You Clap For Me Now, has been read aloud by key workers of overseas heritage including NHS doctors, shelf stackers, teachers, social workers and delivery drivers, in a touching video widely shared online.

Content director at Bridge Studio, part of News UK, Darren Smith, said he wrote the poem as a reminder to appreciate immigrant workers beyond the coronavirus crisis, and his colleague, creative director Sachini Imbuldeniya, created the video.

Mr Smith said he was inspired to write the poem after interviewing Ms Imbuldeniya’s mother, a nurse of 40 years who was part of the Windrush generation.

He described the post-Second World War era as “a time we actively encouraged immigrants to come to love and work for Britain”, by contrast with “the hostile environment policy created by Theresa May” and Brexit in recent times.

Mr Smith said in recent years we have seen “a huge rise in race-based hate crimes, more bigotry and xenophobia” but since coronavirus shifted perceptions of what makes a “key worker”, the nation has experienced a “reawakening”.

He said: “Suddenly we are standing at our doorstep and applauding carers no matter their age, sex, religious beliefs or ethnicity, which is a wonderful, positive thing.

“It evokes that 1940s spirit of being more inclusive, a more United Kingdom.

“It is one of the few tiny silver linings to come out of the awful pandemic we are facing.”

He said he wrote the poem “as a reminder that we shouldn’t let that slip”.

“Once we emerge from lockdown and things return to a new ‘normal’, we don’t let the microphone be taken up by those of the far right who might want once again to scapegoat black and minority ethnic people and immigrants for all our country’s misfortunes,” he added.

“We want people to keep that sense of community and solidarity going now and in the future.”

Ms Imbuldeniya said the video, which took a week to put together with the help of her friend Ruben Alvarado, aimed to spread this message “as widely as possible”.

She said: “I definitely wasn’t expecting it to go viral, but am so glad that it has as I feel like it’s such an important message to send out.

“Not just for the UK, but globally.

She added: “There’s obviously been some negative comments from a few narrow minded individuals on Twitter, but overall it seems to be extremely well received.

“And I really do hope that after we recover from this pandemic we don’t return to the xenophobia and bigotry that we’ve seen over the past decade.”