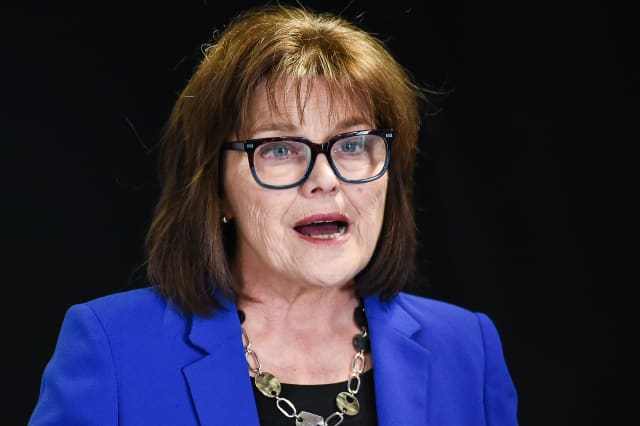 She said action was taken very early on to expand the role of the country’s national procurement organisation and it was asked to take on an additional role to supply top-up PPE to the care home sector.

Ms Freeman is awaiting answers from her UK counterpart, Matt Hancock, after writing to him on Tuesday urging him to resolve a “contradiction” regarding any restrictions placed on the delivery of PPE to the devolved nations.

She told him she is grateful for his “clear assurance” that health authorities in England had not instructed existing PPE suppliers to Scotland’s care homes to divert orders to the NHS or care homes south of the border.

However, she highlighted that one of the companies involved in supply, Gompels, has “clearly stated” on its website that it cannot supply to care homes in Scotland and Wales due to Public Health England (PHE) restrictions, and asked Mr Hancock to resolve this issue.

Ms Freeman was asked in an interview on BBC Good Morning on Wednesday whether she had organised supply chains for care homes in Scotland.

She replied: “Yes, of course we have. We have in normal course an organisation called National Services Scotland, which is the national procurement organisation for NHS.

“Very early on we widened its scope and asked it to take on an additional role to supply top-up PPE to the care home sector and to the hubs to local government where that was needed, as well as to primary care.

“That was to recognise the fact that the care home sector, its normal PPE ordering might not be sufficient for what it needed to do in the current pandemic.

“We introduced direct distribution lines, we have a special email, so we have had this national procurement operation going in normal business and we have scaled it up and stepped it up.

“I’m now looking at a contradiction between what a company says and the assurance that the Secretary of State has given me, and I have simply asked him to resolve that because it sits at his hand.”

Ms Freeman also said she had asked Scotland’s national procurement service to remodel the demand to see if more can be provided to the care home sector without detracting from the other parts of the NHS and the social care sector which also rely on that PPE.

A UK Government spokesman said: “No wholesaler has been asked to prioritise NHS provision over the care sector.”

He added: “Our PPE strategy is UK-wide, making sure that frontline workers in England, Scotland, Wales and Northern Ireland all have the PPE they need to stay protected while taking care of patients.

“Through this four-nation approach, we are working closely with the devolved administrations to co-ordinate the distribution of PPE evenly across the UK. To date, Scotland has received 11 million pieces of PPE from central UK stocks.

“We have not instructed any company to prioritise PPE for any one nation. Our UK-wide strategy will ensure equipment continues to be evenly distributed across the entire nation.”