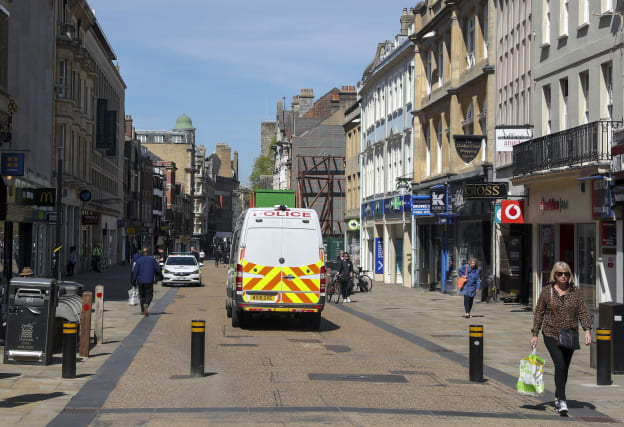 The Government is set to extend the coronavirus lockdown amid renewed warnings that it is still too soon to start easing the restrictions.

Ministers are expected to agree a further three weeks of social distancing controls, amid signs the epidemic in the UK is beginning to peak.

Downing Street has said the three-week review of the lockdown regulations will go ahead as planned in line with the coronavirus legislation.

However, ministers and officials have repeatedly made clear that there is no prospect of any imminent relaxation.

Labour leader Sir Keir Starmer has said the party will back an extension, but has called on ministers to set out an “exit strategy” explaining how they will eventually be lifted.

Speaking at the daily No 10 press conference on Wednesday, Health Secretary Matt Hancock said there could be no “let up” in the efforts to curb the spread of the virus.

“We cannot let go of the hard work that has been done so far. This shared sacrifice is starting to work but we will not lift these measures until it is safe to do so,” he said.

Foreign Secretary Dominic Raab – standing in for Boris Johnson as he continues to recuperate from the disease – will chair a meeting of the Cabinet on Thursday morning.

It is expected that ministers will be briefed on the latest situation by the Government’s chief scientific adviser Sir Patrick Vallance.

Mr Raab will then lead a meeting of the Cobra civil contingencies committee when it is expected that the extension of the lockdown will be formally approved.

The leaders of the devolved administrations for Scotland, Wales and Northern Ireland will take part by video link.

However, even before the meeting, the Stormont executive announced social distancing rules would continue in Northern Ireland at least until May.

The human cost of the epidemic was underlined with the disclosure that the latest victims of the disease included a pregnant nurse.

Mary Agyeiwaa Agyapong, 28, had worked on a general ward at Luton and Dunstable University Hospital for five years.

Her baby, a girl, was delivered successfully and was doing well, according to the hospital.

According to the latest figures, 12,868 patients have died in hospital after testing positive for coronavirus in the UK as of 5pm on Tuesday, up by 761 from the previous day.

However, England’s chief medical officer Professor Chris Whitty warned of a possible “bounce” in the numbers when the next set of figures are released due to delays in reporting deaths over the Easter weekend.

He said that while the UK was “probably” reaching the peak of the epidemic, the high numbers of deaths were expected to continue for a “short while” to come.

“We do all think that this has flattened out (but) sadly we do think that high numbers of deaths will continue for a short while on from where we are at the moment,” he said.

“At the moment, we are not yet at the point where we can say confidently and safely this is now past the peak and we can start thinking very much about the next phases.”

Despite insisting the restrictions must remain for now, ministers nevertheless are deeply conscious of the economic damage being wrought by the lockdown.

The Office for Budget Responsibility warned earlier this week unemployment could rise by two million, while the UK could be left with the biggest deficit as a proportion of GDP since the Second World War.

Meanwhile, Mr Raab is to take part in a “virtual summit” of G7 leaders hosted by Donald Trump.

The US president caused dismay in many capitals with his announcement that he was cutting American funding to the World Health Organisation (WHO), accusing it of “mismanaging and covering up” the outbreak.

Downing Street made clear Britain would not be following the US example in cutting funding, saying WHO had “an important role to play in leading the global health response”.

The Prime Minister’s official spokesman said that Mr Raab would be emphasising the need for countries to work together to combat the disease counter the effects of the economic fall out.

“Coronavirus is a global challenge and it’s essential that countries work together to tackle this shared threat,” the spokesman said.

Meanwhile, a military veteran who is walking 100 lengths of his garden to generate cash for the NHS has been praised as “an inspiration to us all” as his fundraising campaign passed the £10 million mark.

Captain Tom Moore, 99, who lives with his family in Bedfordshire, is due to complete the last of the 25-metre laps on Thursday.