How does the Scientific Advisory Group for Emergencies work? 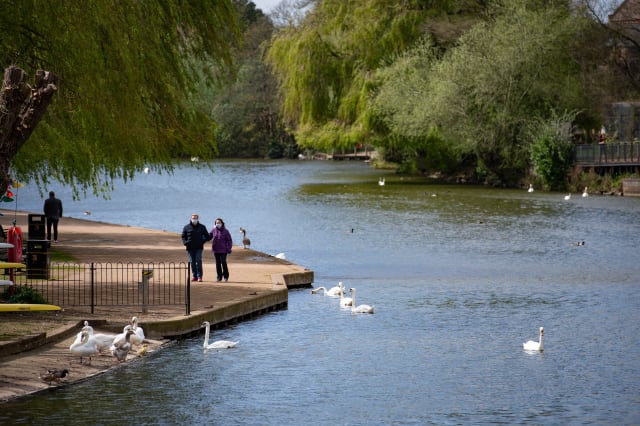 The Scientific Advisory Group for Emergencies (Sage) has been thrust into the limelight as it advises the Government on its response to the Covid-19 pandemic.

But it has faced criticism for not disclosing the names of the scientists involved, beyond that of its chairman, chief scientific adviser Sir Patrick Vallance.

The group met on Tuesday, ahead of a decision on extending the current lockdown on Thursday.

To find out more about it, the PA news agency spoke to Professor Sir Ian Boyd about his experience of attending Sage meetings in the past.

He was chief scientific adviser at the Department of Environment, Food and Rural Affairs from September 2012 to August 2019, and was involved in advising the Government after the Novichok poisonings in Salisbury in 2018.

Now professor in biology at the University of St Andrews, he said there are “dark forces” that want to undermine the validity of the way science works.

– What is Sage and how does it work?

The group provides scientific and technical advice to support decision makers during emergencies.

The make up of experts can change depending on the nature of the emergency, meaning there is no membership.

Sir Ian said: “The objective of Sage is to get the right expertise around the table to come up with a consensus view of what the answer to a particular question might be.”

– How do experts join Sage?

Sir Ian explained: “There’s a pool of experts, and those people from within that pool, who are relevant to a particular topic will be called on at any particular time.

“What happens is that you get an email through or you get a calendar invite through which is a calling notice that says there’s gonna be a Sage at a particular time you’re invited to attend, and here’s the agenda.”

He added that participation is voluntary.

– Should the names of the scientific advisers be shared with the public?

There have been calls for Sir Patrick Vallance to publish the names of those who have been providing advice.

But he has said the decision not to do so is partly motivated by safety concerns.

Sir Ian said: “First of all, there are no members, and secondly they don’t make any decisions. They simply provide advice.”

He added that there is an assumption of confidentiality, and it is also important to ensure that the scientific advice and evidence is not influenced by outside sources.

Sir Ian continued: “There are a lot of people – snake oil salesmen basically, I think one could call them – who would just love to get involved in that scientific process, and skew it in biases in all sorts of different ways.

“And that I’m really, really adamant about that – one cannot have a public debate about what the science is saying and what it’s not saying.”

– What are the dangers to the evidence being influenced?

Sir Ian said: “There’s an immense amount of interest outside from people who would love to get inside, and change what Sage is saying, and that must never ever be allowed to happen.

“Otherwise, the trust in the whole process will just evaporate.”

– Is the way Sage currently works the best way for it to work?

“There’s a lot of what I would call dark forces who are trying to undermine the validity of the way that science works and as a result of that Sage has to be conducted in a way that makes sure that they don’t have that opportunity.

“And it’s difficult, and I don’t think anybody who sits on Sage or chairs Sage really wants it that way.

“But on the other hand, there is no real option other than to do it that way,” Sir Ian explained.

– What are these dark forces?

Sir Ian said they are essentially people with vested interests, who do not like evidence that is not in their interests.

He added: “That’s not very specific and many people can fall into that category because actually a lot of our lives are not not always spent being aligned with the evidence that suggests how we should be living our lives.”

PA was told it is mainly social forces but can sometimes come from an individual challenging ways the evidence has been has been developed or particular scientific arguments.

“It can be pretty pervasive and corrosive,” said the expert.

– Why has Sage attracted so much attention this time around?

Sir Ian said: “This is more than just an interesting thing going on, absolutely everybody in the country is affected by it.

“And therefore there’s a lot more interest in scrutiny in the underlying process.”

– Is the Government portraying the right image of Sage?

Sir Ian said he always told ministers it was very dangerous for them to say “I will follow the science”.

Explaining why, he continued: “Because essentially what that is doing is shifting the decision making role from them to the scientific advisers.

“And it would be it would be better if they said ‘I will be strongly advised by the science’ or something of that type.

“Because actually, science isn’t the only thing that we use in decision making.