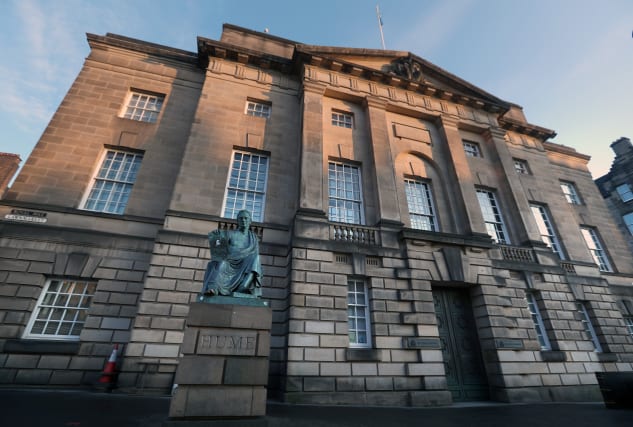 A financial services director who obtained more than £13 million by fraud after conning investors has been jailed for 14 years.

Prosecutors said Greig, 66, told investors he would put their money into a guaranteed, short-term deposit scheme, telling clients of Midas Financial Solutions in Aberdeen he had exclusive access to high interest accounts with RBS.

The Crown Office said he conned more than 140 people and in reality was using the money to invest in property, a classic car business and to treat himself to trips.

Greig, from Boston, Lincolnshire, was convicted in March following a trial at the High Court in Edinburgh.

Sentencing him at the court on Wednesday, judge Lord Tyre said it was fraud “on an enormous scale” and described it as an offence “at the top end of the scale”.

In a statement published online, the judge said: “I have read the victim impact statements provided by a number but by no means all of the people who lost pensions and life savings because they believed what you told them about where their precious money was to be invested, and your false guarantees as to its safety.

“The statements reflect the tone of the evidence we heard from people who had been left to face retirement without the cushion of savings that they had expected to enjoy.

“It may be that some of these people will recover some of their losses through the Financial Services Compensation Scheme but that does not of itself reflect any credit on you.”

Lord Tyre said the court also heard the evidence of the financial advisers engaged by the finance company Midas, who “were themselves duped into encouraging their clients – many of whom were personal friends – to entrust their savings to you”.

He said many of these people have had their lives ruined by the fallout from the failure of the scheme.

Lord Tyre added: “Most of all, I take account of the devastating impact that this fraud has had on a very large number of people, whose trust you deliberately and cruelly betrayed for your own personal benefit.

“You knew that the money you obtained from these people was earning nothing. You helped yourself to it whenever you felt like it.

“Right until the end you encouraged friends to deposit funds to maintain the pretence, even when you must have known that they would probably lose everything.”

Jennifer Harrower, procurator fiscal for specialist casework, said: “The scale of Alistair Greig’s fraud was vast – he spent years lying to many people in order to defraud them out of millions of pounds.

“In some cases, he took the life savings of people who had worked to save for retirement. All this to fund his own lifestyle.

“This sentence is the end of a lengthy and complex investigation that required the dedication of a skilled and knowledgeable team to bring it to prosecution.”