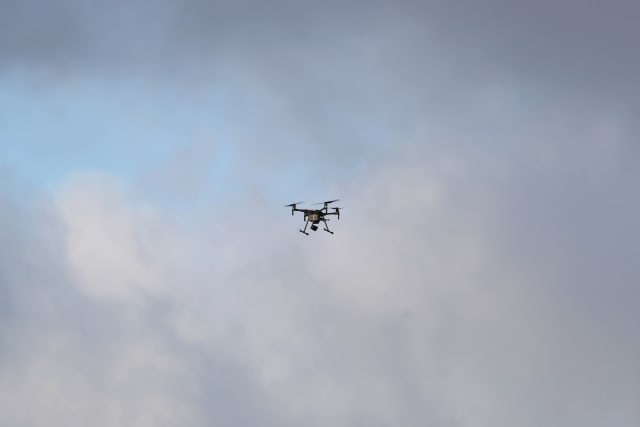 Restrictions on where police can fly drones have been eased due to the Covid-19 lockdown.

The Civil Aviation Authority (CAA) has issued new guidelines which allow officers to fly gadgets at a higher altitude and closer to members of the public than normal regulations allow.

This could help forces track people who are ignoring Covid-19 social distancing rules.

Under the new measures, which were issued on April 8, officers can fly drones at an altitude of up to 500 metres rather than the normal limit of 400 metres.

Drones weighing under 2kg can be flown within 10 metres of people and objects, or 20 metres for heavier drones.

The usual minimum distance is 50 metres.

Drones must normally be kept within direct sight of the operator, but the new measures mean they can be flown beyond that if a “competent observer” is deployed.

Police forces have always had the ability to fly drones outside the limits of the CAA’s rules, but the move by the regulator means they have been given a blanket exemption to help tackle coronavirus.

The document outlining the new flight limits stated: “This exemption is only applicable for use in the support of the police response in enforcing the Government restrictions placed on the public as a result of the Covid-19 pandemic.”

Surrey Police deployed a “sky talk” drone on Friday morning in Walton-on-Thames to break up a group of 30 people not abiding to social distancing regulations.

The force said this method of communicating, without physically putting officers at additional risk by approaching them, was effective, and the group left without officers having to take further action.

Derbyshire Police were criticised for filming walkers with drones to deter visitors to the Peak District.

Although police chiefs and officials have said the majority of the public are adhering to the lockdown rules, a small minority have been flouting them.

Police in Greater Manchester are said to have been called to 1,008 reports of people having house parties and other gatherings in the area over the Easter weekend.