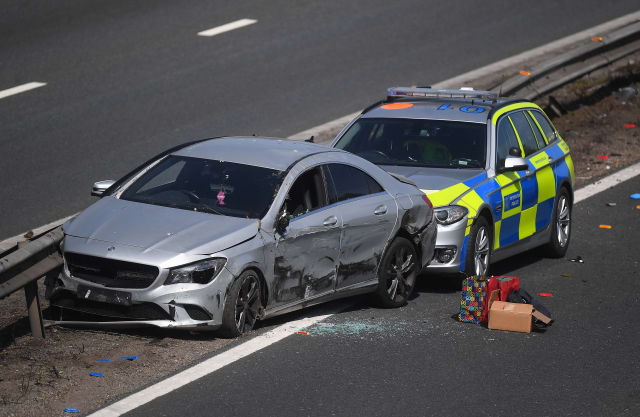 The M11 motorway has been closed after a serious collision following a Metropolitan Police pursuit.

Pictures from the scene showed a marked Metropolitan Police car behind a damaged silver saloon, which appears to have crashed into the central reservation.

Broken glass from the car’s smashed passenger-side window could be seen on the road near three bags and a cardboard box.

In a statement, Essex Police said: “We are currently on scene of a serious collision on the M11 southbound.

“The road will be closed for some time into this afternoon between junctions 6 and 4 southbound.

“Drivers are asked to avoid the area and take an alternative route where possible.”

The National Police Air Service South East twitter account said: “Just back from assisting @metpoliceuk on a pursuit. The vehicle was stopped on the M11 southbound. @MPSRTPC.”