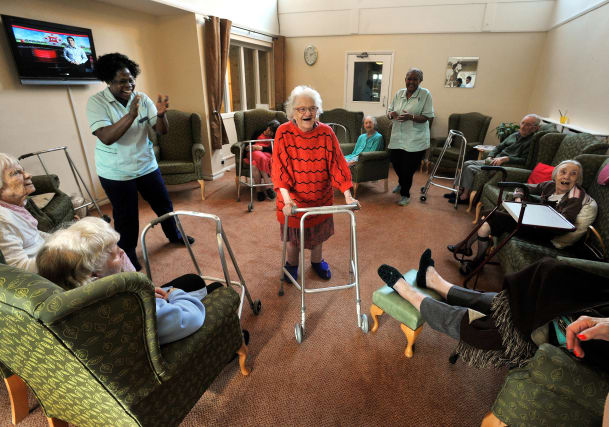 All care home residents and staff with symptoms of Covid-19 are to be tested as the Government faces a backlash over its handling of the growing crisis.

The announcement came as Labour leader Sir Keir Starmer added his voice to calls for ministers to publish their lockdown exit strategy, saying people need to see “light at the end of the tunnel”.

In a letter to Dominic Raab, who is deputising for Prime Minister Boris Johnson, Sir Keir said Labour will support the Government if, as expected, it keeps the current measures in place from Thursday.

But he said: “The question for Thursday therefore is no longer about whether the lockdown should be extended, but about what the Government’s position is on how and when it can be eased in due course and on what criteria that decision will be taken.”

The Government has come under intense scrutiny over what is happening in care homes after providers said official figures on deaths do not match what they are seeing on the ground.

Professor Martin Green, chief executive of Care England, which represents independent social care services, said there have been thousands of cases and deaths in care homes, while HC-One, Britain’s biggest care home operator, said two-thirds of its homes are affected and it has seen more than 300 deaths.

The Department of Health and Social Care has said there have been reports of Covid-19 in 2,099 care homes in England.

Data from the Office for National Statistics (ONS) shows there were 217 deaths linked to Covid-19 in care homes between January and April 3.

Health Secretary Matt Hancock has said he is “determined” to ensure that everyone needing a Covid-19 test should have access to one, with testing remaining a “key” part of the Government’s coronavirus battle plan.

Currently, only the first five symptomatic residents in a care home setting are tested to provide confirmation of whether there is an outbreak.

But now, as well as current residents and staff who need testing, all patients discharged from hospital to a care home will be tested following reports that this is not happening.

Regarding the lockdown, Sir Keir said on Wednesday that people need to be shown what will happen next.

He told ITV’s Good Morning Britain: “It’s obvious that the lockdown is going to continue and we are going to support the Government in that.

“But I do think the question therefore is what comes next?

“People are trusting the Government … but they do need to see light at the end of the tunnel.

“I’m not asking the Government for timings, of course, I understand why they can’t give us timings. But we do need the trust of the public as we go forward.”

A Government source said talk of an exit strategy before the UK has reached the peak “risks confusing the critical message that people need to stay at home in order to protect our NHS and save lives”.

Peter Openshaw, professor of experimental medicine at Imperial College London, told BBC Radio 4’s Today programme it is “much too early to think about trying to reversing the lockdown or even to say which measures might be lifted initially.”

He added: “It’s very, very important indeed that everyone understands that we need to keep these measures in place until this epidemic turns around.”

On Tuesday, the UK’s fiscal watchdog warned that more than two million people could lose their jobs and the economy may fall off a cliff because of the lockdown.

The Office for Budget Responsibility (OBR) said unemployment could hit 3.4 million – up from 1.3 million – leaving around one in 10 of the working population without a job, while the economy may shrink by 35% between April and June.

Chancellor Rishi Sunak told reporters that not every business or household could be protected, but that a “bounceback in growth” is expected when the crisis eases.

It came as a survey from the British Chambers of Commerce suggested around one in three British businesses has furloughed between 75% and 100% of its workforce.

As of 5pm on Monday, 12,107 people have died in UK hospitals after testing positive for coronavirus.