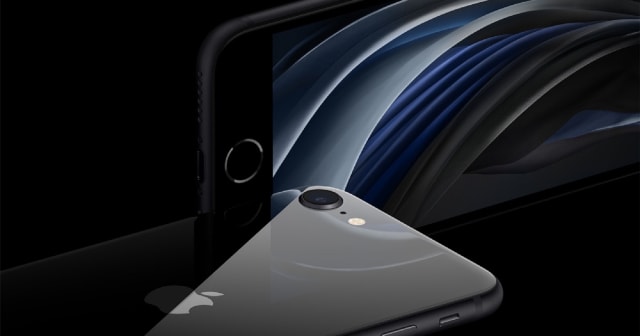 Apple has unveiled a new version of its affordable iPhone SE, which will cost £419 when it goes on sale on April 17.

The new phone features Apple’s latest microchip – the A13 Bionic – as well as a single rear camera and a 4.7in Retina HD display.

The iPhone SE was first introduced in 2016 as a cheaper alternative to Apple’s flagship iPhone handsets.

Analysts’ research has indicated that the time users keep a smartphone before upgrading is growing as prices for the latest version each year continue to rise.

Recently, a range of more mid-range, mid-price handsets, including Samsung’s Galaxy A series and Google’s Pixel 3A, have grown in popularity alongside mid-tier devices from smaller manufacturers.

Phil Schiller, Apple’s senior vice president of worldwide marketing, said: “The first iPhone SE was a hit with many customers who loved its unique combination of small size, high-end performance and affordable price; the new second-generation iPhone SE builds on that great idea and improves on it in every way – including our best-ever single-camera system for great photos and videos – while still being very affordable.

“We can’t wait to get iPhone SE into customers’ hands.”

Ben Wood, smartphone expert and chief of research at analyst firm CCS Insight, suggested the price and specs of the new iPhone SE would make it an appealing proposition.

He said: “The new iPhone SE has the potential to drive the next wave of adoption of Apple’s popular smartphone brand.

“Its aggressive pricing will challenge not only sales of new Android smartphones but is also likely to affect companies who refurbish and resell second-hand iPhones.

“I think consumers will see this new version of the iPhone SE as more affordable than its predecessor.

Apple confirmed the new device would be available from April 17.