Anxiety concerns highlighted by people at the beginning of lockdown – survey 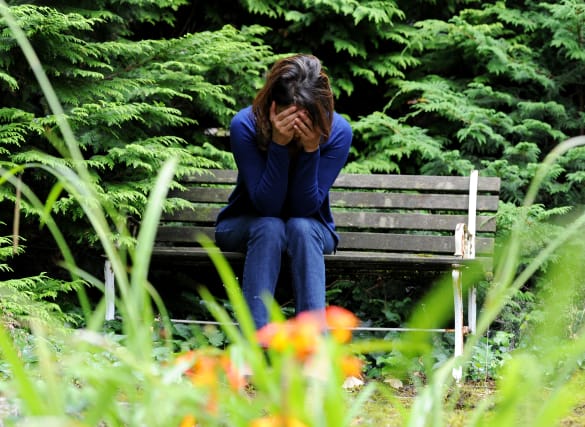 Anxiety and isolation were among the most significant concerns highlighted by people during the early stages of coronavirus lockdown, according to new research.

Surveys conducted in late March, when the Prime Minister announced new lockdown measures, suggest individuals experienced a range of fears related to anxiety, such as worries about finances and housing.

Meanwhile, the impact of isolation on wellbeing and mental health was also cited by many.

The words “anxiety” and “anxious” were mentioned in over 750 of the 2,198 submissions collected by UK mental health research charity MQ.

A poll by Ipsos Mori of 1,099 people from the general public painted a similar picture, with over half of responses about mental illness related to anxiety.

Practical concerns in life – ranging from employment, obtaining food and medication, to housing and lack of access to outside space – was mentioned as a contributing factor for anxiety by numerous respondents.

They said anxiousness was also brought on by the overwhelming uncertainty of the pandemic and fear of loved ones becoming ill or dying.

Some were worried about the extent to which other people were complying with Government guidelines and risking further spread of the disease.

Repeated, and sometimes compulsive, consumption of media and social media commentary was fuelling feelings of anxiety by 2%, according to the MQ survey.

Despite this, many said the lockdown presented an opportunity to attend to long-awaited DIY tasks, domestic cleaning and decluttering.

Almost a quarter (24%) of those from the general population pool referred to entertainment such as reading, hobbies, DIY, crafts, listening to music and watching films and TV.

More than one in 10 (12%) referred to household chores such as cooking, cleaning and gardening.

The surveys were conducted to inform the work of researchers, who have published their findings in the Lancet Psychiatry journal.