Anne urges younger royals to go back to basics 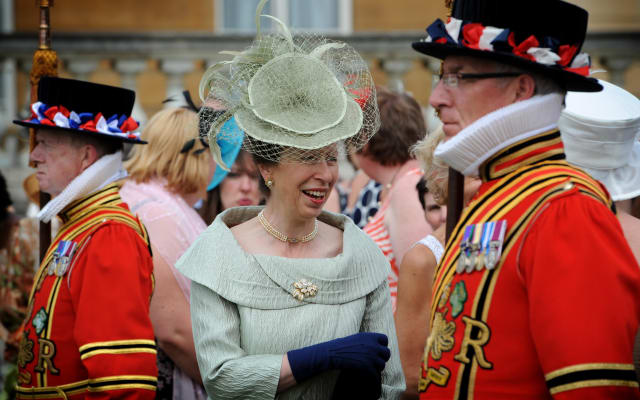 The Princess Royal has cautioned the younger generation of royals against changing the royal family’s approach to philanthropy.

In an interview with Vanity Fair magazine ahead of her 70th birthday in the summer, Anne described herself as “the boring old fuddy-duddy at the back saying: ‘Don’t forget the basics'”.

She added: “I don’t think this younger generation probably understands what I was doing in the past and it’s often true, isn’t it?

“You don’t necessarily look at the previous generation and say: ‘Oh, you did that?’ Or: ‘You went there?’

“Nowadays, they’re much more looking for: ‘Oh, let’s do it a new way.’ And I’m already at the stage, ‘Please do not reinvent that particular wheel. We’ve been there, done that. Some of these things don’t work. You may need to go back to basics.'”

Anne does not refer to any royals in particular, but 2020 has already seen the Duke and Duchess of Sussex quit as working royals, as they prepare to launch a new charitable venture, Archewell, from the US.

Anne, known for being one of the hardest-working members of the royal family, also appeared to raise questions about the Queen’s future, seemingly suggesting a day may come when she passes more of her responsibilities over to her family.

The princess said: “I think both my father and my mother have, quite rightly, made decisions about, you know, ‘I can’t spend enough time doing this and we need to find somebody else to do it’, because it makes sense.

“I have to admit they continued being there for a lot longer than I had in mind, but we’ll see.”

The Duke of Edinburgh retired in 2017, but the Queen, who turns 94 next week, still carried out nearly 300 official duties last year.

Anne also discussed her aversion to screens and her thrifty fashion sense.

“I find it very difficult to understand why anybody gets sucked into screens and devices,” she said.

“Life’s too short, frankly. There’s more entertaining things to be done,” she said, adding: “I suppose that puts me in the real dinosaur range.”

A black and white archive image of Anne appears on the cover of the magazine’s May edition.

The princess is known for wearing decades-old outfits, but claimed she recycles “because I’m quite mean”.

She added it was important to support British clothing manufacturers, and that she still tries to buy materials and have them made up because “that’s more fun”.

The princess – the only daughter of the Queen and the Duke of Edinburgh – told how she will not be retiring any time soon.

“I don’t think retirement is quite the same (for me),” she said.

She added she was dependent on whether the organisations she is involved in still feel she is relevant.

The full interview is available in the May issue of Vanity Fair, out in print and digital on Friday April 17.