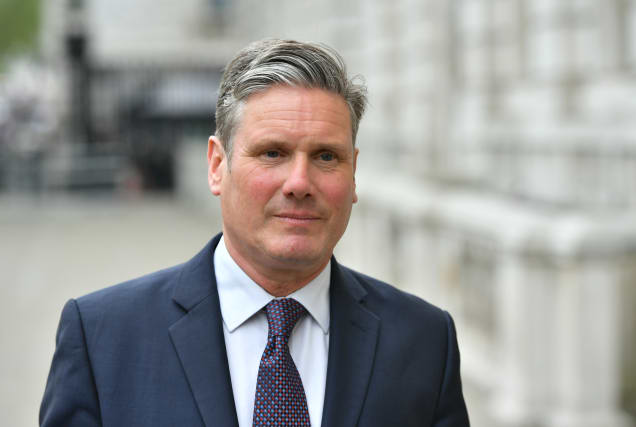 Labour must end the factionalism which developed under Jeremy Corbyn, Sir Keir Starmer said after being “shocked” by the contents of a leaked dossier which detailed splits in the party’s headquarters.

Sir Keir said the party must unite and concentrate on getting Labour into a position to form the next government.

The leak of the document reignited Labour’s bitter civil war between left-wing supporters of Mr Corbyn and the party’s centrists.

The 860-page leaked document found “no evidence” of anti-Semitism complaints being handled differently from other forms of complaint, or of current or former staff being “motivated by anti-Semitic intent”.

But it found that “factional opposition” in the upper echelons of the party towards Mr Corbyn contributed to “a litany of mistakes” which hindered the effective handling of the issue.

Sir Keir told BBC Radio 4’s Today programme: “This is a leaked report into what was apparently happening before I became leader. I was shocked by what I saw and the circumstance in which it all came about.

“That’s why I have ordered an inquiry, which I want to be professionally done, independently done and quickly done, because our party needs to unite and face the future and get back to our historic purpose, which is getting a Labour government in so that we can actually change lives for millions of people for the better.”

He added: “We absolutely have to turn our back on factionalism and that was the whole basis of my leadership campaign.”

Allies of Mr Corbyn claimed the document showed that elements within the party hierarchy undermined efforts to win the 2017 general election.

The Socialist Campaign Group of Labour MPs – including former shadow cabinet minister Diane Abbott, John McDonnell and Richard Burgon – has called for the document to be officially published with an emergency meeting of Labour’s ruling National Executive Committee to consider its findings.

They said “it contains revelations of senior officials undermining the 2017 general election campaign and suggests there are cases to answer on bullying, harassment, sexism and racism”.