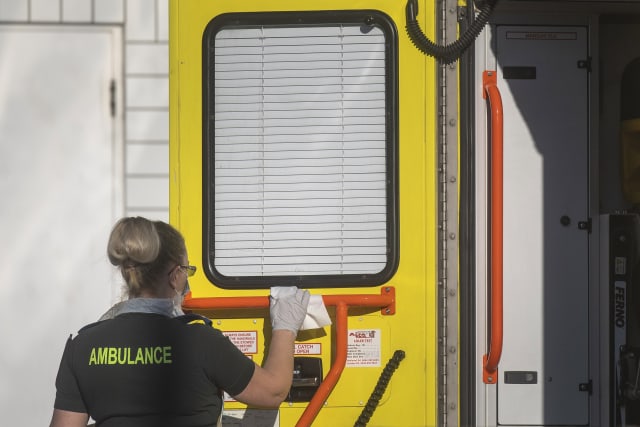 Scientists say patients with Covid-19 may begin to shed, or excrete, the infectious virus two or three days before the first symptoms appear.

According to a modelling study several factors can affect the efficacy of control measures designed to prevent the spread of the disease.

These include the time between successive cases in a chain of transmission (serial interval), and the incubation period.

If the serial interval is shorter than the incubation period, it would indicate that transmission may have happened before overt symptoms develop, researchers say.

As a result, control measures that take place when symptoms begin to appear may have a reduced effect in controlling the spread of infection.

Eric Lau from the School of Public Health, at the University of Hong Kong, and colleagues, looked at patterns of viral shedding in 94 patients with Covid-19 admitted to Guangzhou Eighth People’s Hospital in China.

Throat swabs were collected from these patients from when symptoms first appeared until 32 days later.

In total, 414 swabs were analysed, and the authors found that the patients had the highest viral load at the onset of symptoms.

Each transmission pair was made up of two patients with Covid-19 with a clear epidemiological link, with one patient highly likely to have infected the other.

Using this information they inferred that infectiousness started 2.3 days before symptoms appeared and peaked at 0.7 days before their appearance.

The researchers estimated that 44% of secondary cases were infected during the pre-symptomatic stage, with infectiousness predicted to decrease quickly within seven days.

The study published in Nature Medicine states: “Disease control measures should be adjusted to account for probable substantial presymptomatic transmission.”

The authors note that the limitations of the study include the reliance of the research on patients remembering the onset of symptoms, which may have introduced bias.

Babak Javid, principal investigator, Tsinghua University School of Medicine, Beijing and consultant in infectious diseases at Cambridge University Hospitals, said: “This new study in Nature Medicine by Leung and colleagues confirms that for the vast majority of patients, most virus shedding of Sars-CoV2 occurs at, or before symptoms arise.

“Using these data and modelling approaches, they estimate that just under half of transmissions from cases where the most likely source of transmission was known, occurred before the source patient showed symptoms.

“These data have important implications for public health control measures such as whether masks should be worn by well people.

He adds that the research confirms a previous study which suggests maximal shedding of the virus appears to be before symptom onset.

Prof Javid said: “This is important because current public health control measures advised, for example, by the WHO and UK government assume that maximum contagion is after symptom onset.

“Hence one reason masks are not advocated for wearing by asymptomatic members of the public.”