Zoo celebrates as one of UK’s oldest penguins turns 30 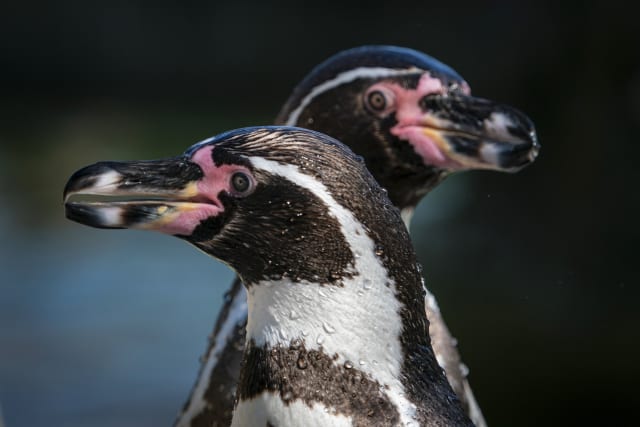 One of the oldest penguins in the UK is set to celebrate her 30th birthday at a zoo in East Yorkshire.

Rosie the Humboldt penguin arrived at Sewerby Hall and Gardens, near Bridlington, in 1990 and has surpassed the life expectancy for her species in the wild by around 10 years.

Staff at the zoo said they are “genuinely excited” about Rosie’s milestone birthday on April 20 and will mark the occasion – despite being closed to the public.

Rosie was bred in captivity, along with companions Dion, Pingu and Penny.

The penguins have played a vital role in the zoo’s breeding programme since 1990 and Rosie has hatched several chicks over the years.

Humboldt penguins are classed as vulnerable to extinction due to changes in climate and overfishing of their preferred prey species.

They live mainly in the north of Chile and their life expectancy in the wild is between 15 and 20 years.

John Pickering, head zookeeper at Sewerby Hall and Gardens, said: “We are genuinely excited that Rosie is about to reach her 30th birthday, and we will definitely be marking the occasion.

“It’s obviously a real shame that we can’t share it with the public in the normal way, but we look forward to welcoming visitors back to the zoo, and to the daily penguin feeding times, as soon as we are able.

“I am particularly pleased that we are able to do our bit to preserve this amazing species, and we will most definitely continue to do so.”

An East Riding of Yorkshire Council spokesman said: “Reaching the great age of 30 is a real achievement, both for Rosie and the zoo staff who look after her.

The zoo has recently welcomed a new Humboldt penguin, Sigsbee, who arrived a few weeks ago from Twycross Zoo in Leicestershire.