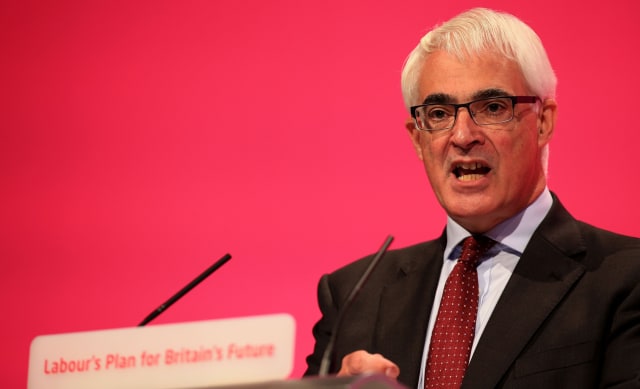 Former chancellor Alistair Darling has said “we have to do whatever it takes to keep the economy going” amid the ongoing coronavirus lockdown.

The Labour peer warned the Government had “no alternative but to see this out” both in economic and health terms “because the cost of not doing so would be absolutely horrific”.

Lord Darling, who spearheaded Labour’s response to the 2008 financial crisis alongside then prime minister Gordon Brown, said the Government needed to “share some of its thinking” on the proposed exit strategy.

Asked how long the economy could survive the lockdown, he told BBC Radio 5 Live’s The Emma Barnett Show: “Well there’s a limit, but actually nobody knows what it is because we’ve not been here before…

“The problem we’ve got today is that we’re not yet on top of this epidemic, we don’t know how long it is going to last and the very fact that we don’t know whether we’re going to have a lockdown continuing for three weeks or maybe beyond that, at least to some extent demonstrates the scale of the problem that we’ve got.

“What I would say to you though is, the Government has no alternative but to see this out, both in financial terms, economic terms as well as in health terms, because the cost of not doing so would be absolutely horrific.”

All governments across the globe, he said “were slow off the mark in realising the scale of this”.

The Government he argued needed to “concentrate on the actual delivery” of its policies in response to Covid-19.

He said there was “clearly a problem there” in relation to loans for small businesses as well as the delivery of protective equipment in hospitals, as he called on Government to “break the logjam” in assisting small businesses.

He said: “We need when this is over to be able to get the economy up and running again. That means there’s got to be businesses…

“It’s going to be difficult, but the more we allow the system to fail or be impaired, the steeper the hill you’ve got to climb when you come out of it.”

It was he said a “complete false choice” to choose between health and the economy, adding the two were “totally related”.

“The two things are inextricably linked and indeed if we don’t deal with the spread of this virus, there’s a risk it’ll come back and get us in a second or third wave,” he said.

“Which is why it’s important that it’s dealt with, that we don’t make mistakes, we don’t rush into getting ourselves into a situation where we think it’s alright, but it’s not really, and at the same time I’m afraid we have to do whatever it takes to keep the economy going.”

He said the Government needed to “share some of its thinking” on the proposed lockdown exit strategy, adding: “I think you’ve got to give people hope and if people don’t have hope then they will lose faith.”

Lord Darling said international cooperation in tackling the spread of coronavirus and the economic recovery “is of paramount importance”, continuing: “This virus doesn’t know any borders.”