Warning over rise in fly-tipping in face of lockdown 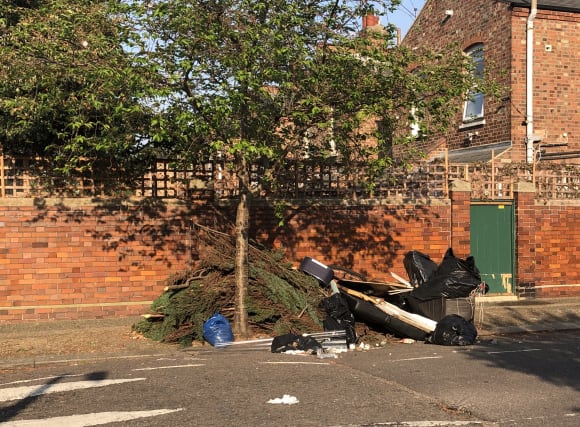 Town halls say they are working hard to maintain effective waste and recycling services as some councils report a rise in fly-tipping.

Local authorities in some areas have seen an increase in illegally dumped rubbish as bulky waste collections have been suspended due to staff shortages, and waste and recycling centres, or dumps, have been closed.

And there are concerns some people are exploiting the lockdown rules to provide illegal waste removal services from households who are generating more rubbish from being at home through DIY, gardening and spring cleaning.

Authorities which have reported problems include Liverpool City Council, which has warned residents to be careful with their waste after a rise in fly-tipped rubbish including white goods, furniture and discarded toys.

West Oxfordshire District Council says it has seen a  growing problem of fly-tipping at its local “bring sites” for recycling following the closure of the county council’s household waste and recycling centres due to coronavirus.

Winchester City Council has also reported an upsurge in fly-tipping since the Covid-19 lockdown, with one incident involving dumped waste blocking a country lane.

Enfield Council in London says its households are producing around 15% more waste than normal, and is using street cleaning teams to support refuse crews and temporarily clearing extra bags of rubbish being put out.

David Renard, environment spokesman for the Local Government Association, said: “Despite the inevitable impact of coronavirus, councils have been able to maintain household recycling collections as much as possible along with fly-tip clearance services.

“Fly-tipping is never acceptable,” he said.

“While some councils have reported fly-tipping increases, levels have also fallen in some places.

“There are concerns that unscrupulous traders are exploiting social distancing rules in some areas to try and provide illegal waste disposal services.

“Councils appreciate residents may have larger amounts of rubbish building up and they will continue to work hard to keep waste and recycling services working as effectively as possible.”