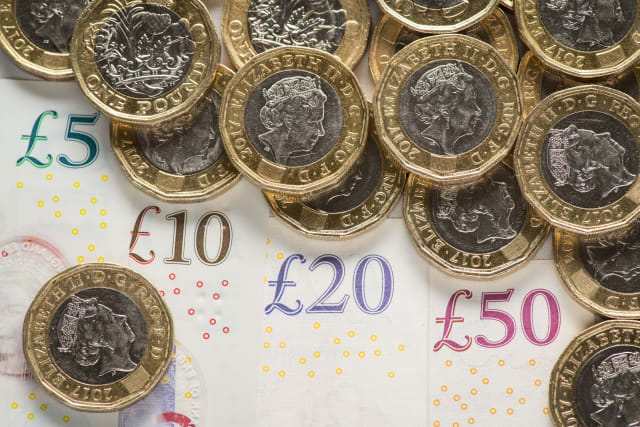 Around one in three British businesses has furloughed between 75% and 100% of its workforce due to the coronavirus crisis, according to a new survey.

The British Chambers of Commerce (BCC) also found two-thirds of those questioned said they had put some staff on the furlough scheme, which covers 80% of salaries up to £2,500 a month.

But just 2% of firms surveyed said they had successfully accessed the Government’s Coronavirus Business Interruption Loan Scheme (CBILS), and concerns are being raised that businesses still need access to cash for wages.

“With April’s payday coming up, we are fast approaching a crunch point, and both the furlough scheme and CBILS facilities need to be accelerated.

“While we’ve seen a high number of firms furloughing staff in anticipation of the Job Retention Scheme coming online, it is still unclear whether they will start receiving funds before their payroll date, which could exacerbate the cash crisis many businesses are facing.

“It is essential that the Job Retention Scheme makes payments to businesses as soon as possible. Any delay could mean more livelihoods under threat, more business failures, and more hardship in our communities.”

The results of the survey are based on 701 responses between April 8 and 10.

Last week, the BCC found that 71% of respondents said they intended to furlough staff at some point.

Businesses will be able to access the jobs scheme during the week of April 20, leaving only a short time for funds to start to reach cash-strapped businesses before April’s payroll is processed, the BCC added.

Cash flow also remains a concern, the group said, with more than half of firms reporting cash in reserve of three months or less.

Companies reporting less than a month’s worth of cash in reserve is at 17% and those with just one to three months’ cash is at 36%, the BBC said – broadly similar to the same levels from a week ago.

A Treasury spokeswoman said: “We’ve been taking unprecedented action at unprecedented speed to help businesses, jobs and our economy during this crisis – with hundreds of thousands of firms across the county benefitting from our wide package of support.

“Our jobs retention scheme is ensuring people are able to stay employed during the outbreak and approvals for our business interruption loan scheme has shown an eightfold increase in the last two weeks – with around 4,200 loans worth just over £800 million. We’re working closely with banks to ensure we get this support out to those who need it as soon as possible.”