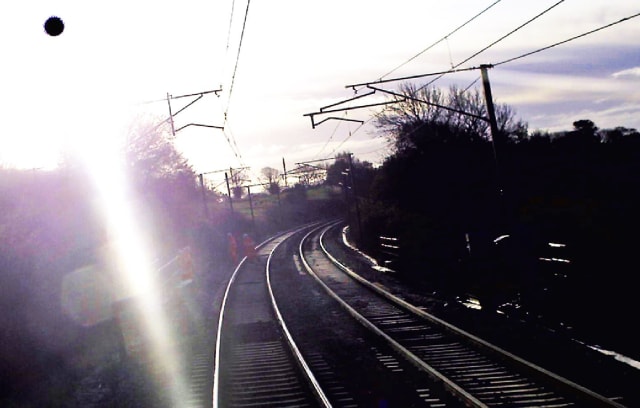 Three track workers jumped clear of a 125mph train with less than a second to spare after a miscommunication, an investigation has found.

They were inspecting part of the West Coast Mainline in southern Scotland when the near-miss occurred.

The train driver sounded the horn and applied the emergency brake as the trio “jumped clear less than one second before the train passed”, according to the Rail Accident Investigation Branch (RAIB).

There were no injuries.

The incident involved a service operated by the now-defunct Virgin Trains and happened near the village of Kirtlebridge in Dumfries and Galloway on November 14 last year.

It occurred after a rail worker positioned a mile away along curved track did not believe his role of lookout had started.

That meant he did not trigger a device which would have sent a radio signal to set off flashing lights and a siren near the track inspection team.

During the inquiry, the RAIB was given “conflicting evidence” about what the controller of equipment receiving radio signals said to the lookout in a phone call.

The lookout told investigators that the controller told him he was going to contact another team member, leading him to expect another call before he needed to respond to oncoming trains.

In contrast, the controller claimed he told the lookout: “Right, that’s you up and running.”

The controller believed warnings about approaching trains would be given, leading to the track inspection team beginning its task.

The RAIB concluded: “It is certain that their conversation did not result in a clear understanding between the staff involved, and it is likely that use of the formal words ‘you are now looking out’ would have resulted in (the lookout) appreciating that the controller was expecting him to be sending warnings when the incident occurred.”

A railway worker died after being hit by a passenger train on the West Coast Mainline in Northamptonshire last week.

The victim, aged in his 50s, was employed by engineering firm AmcoGiffen and was carrying out work for Network Rail when the accident happened on Wednesday.

An interim report by the RAIB found that there was no formally appointed lookout in place.