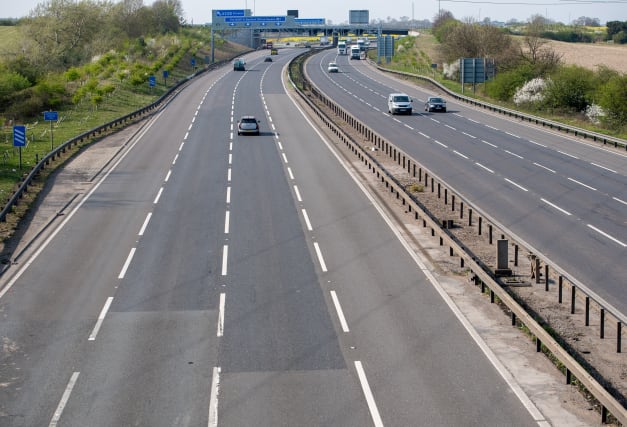 Motorists were caught driving at "extreme speeds" over the Easter weekend with one driver clocked at 151mph.

The Metropolitan Police also caught a driver travelling at 97mph in a 40 zone and four drivers going over 100mph on the A13.

"This driver reached 151mph on #M1 before decamping car & evading on foot. We will do upmost to identify & take action."

The region's mayor said figures show an expected large decrease in the number of vehicles on the roads, but the number of speeding motorists has doubled.

Meanwhile, two other police forces said they had seen an increase in speeding and warned motorists not to drive irresponsibly during the travel restrictions.

The 'world's most expensive' face mask