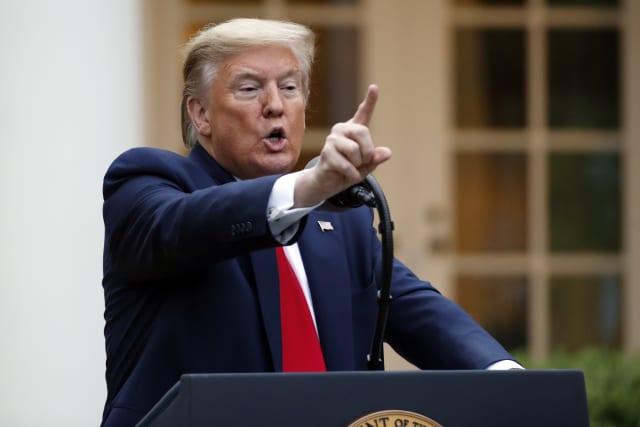 US president Donald Trump has said he will halt payments to the World Health Organisation.

Mr Trump said the coronavirus outbreak could have been better contained had the health agency done a better job investigating reports coming out of China.

Here, the PA news agency answers some questions about the organisation:

– What is the World Health Organisation?

The WHO is a body responsible for international health which is part of the United Nations. It aims to “promote health, keep the world safe and serve the vulnerable”.

– When did it start?

The origins of an international body for health matters date back to International Sanitary Conferences, with the first one held in 1851 in France to discuss quarantine regulations around cholera. After the Second World War, a range of world health bodies – including one for the League of Nations – were combined to form the WHO.

The WHO has 194 member states, one more than the United Nations. Liechtenstein is not a member of the WHO but is in the UN, and the reverse is true of the Cook Islands and Niue. Member states appoint an Assembly to determine policies and financial matters.

There are three main strands to the WHO’s work, with its efforts dealing with health emergencies currently in the spotlight. With coronavirus, the organisation said it supports development of tools, detects and responds to acute health emergencies and supports the delivery of services in “fragile settings”.

– Why is Taiwan not involved?

This is due to the difficult relationship between China and Taiwan. Membership of the WHO is only granted to members of the United Nations – of which Taiwan is not – or those whose applications are approved by the assembly. There has been increased pressure for Taiwan to be allowed to participate in light of the outbreak.

– What about voluntary contributions?

Voluntary contributions come from a number of sources, including countries, to the Bill and Melinda Gates Foundation and European Commission. According to the WHO, the US is the largest funder when assessed and voluntary contributions are pooled together, at 14.67%, followed by the Bill and Melinda Gates Foundation at 9.76%, the GAVI Alliance at 8.39% and the UK at 7.79%.

– What is Donald Trump’s stance?

The thrust of Mr Trump’s argument is the WHO should have investigated early reports more thoroughly. The organisation has previously come in for similar criticism, with a damning report into the Ebola outbreak saying it failed to act quickly when early signs of the outbreak emerged in 2014.

– What have opponents said?

UN secretary-general Antonio Guterres has said the WHO is “absolutely critical” to coordinating global efforts to combat Covid-19, adding the right time to look at its work is “once we have finally turned the page on this pandemic”.