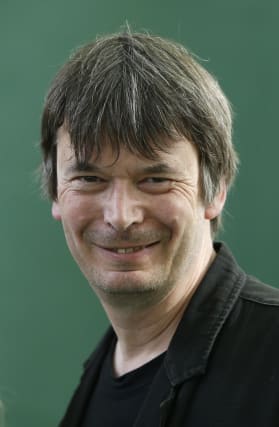 Author Ian Rankin has claimed his Facebook account was suspended after someone reported it was not him.

The Rebus creator said he set up the account to take part in “an online interview thingy” but that it was suspended within five minutes.

The Scottish crime writer illustrated the tweet with two crying with laughter emojis and two of a detective.

His Twitter followers were quick to try to help solve the mystery of who reported the account to Facebook, with many suggesting it was gangster Big Ger Cafferty, nemesis of Rankin’s detective, Rebus.

In a further tweet the author warned that the interview may now pose problems.

He tweeted: “Only joined Facebook cos somebody interviewing me online needed me to join.

“Whoever that was – our interview might now be problematic, bud.”

It is not the first time a celebrity has experienced problems with social media and networking platforms doubting they are genuine.

Last year, actress Sharon Stone claimed she was blocked from dating app Bumble after reports that her profile was fake.

Bumble later unblocked her account and apologised for the error.