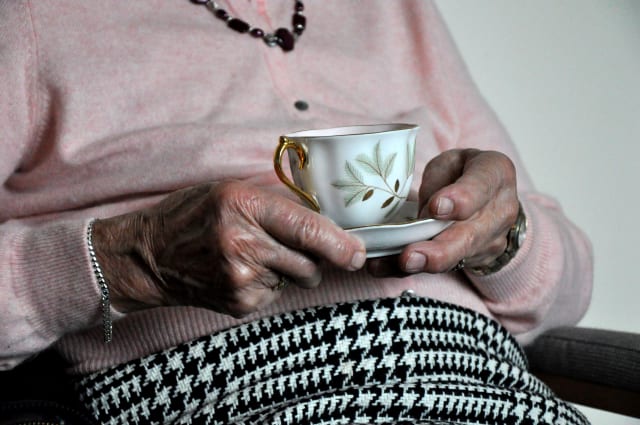 It comes as weekly data from the Office for National Statistics (ONS) showed around 10% of deaths registered up to April 3 in England and Wales were outside hospitals.

Experts have called for care home deaths to be included with daily updates for deaths in hospitals, amid fears they are going “under the radar”.

Professor Yvonne Doyle told the daily Downing Street press conference that PHE was working with the ONS to get faster data on deaths in care homes, hospices, private homes and elsewhere.

The PHE director said: “In these very dispersed systems we just need to be absolutely clear that the cause of death that is attributed is correct, and that is what takes time on the death certificate to get right.

“But we would like to have much more rapid data, preferably on a daily basis, and that’s what we’re working towards.”

Separately, the Care Quality Commission said from this week, care providers will be able to report which deaths were of people with suspected or confirmed Covid-19 to give a “more accurate and timely picture”.

It has not been confirmed how often this data will be shared publicly, or by which agency.

A total of 406 registered deaths took place outside hospitals, according to the provisional ONS figures.

These include: 217 deaths registered in care homes, 33 in hospices, 136 in private homes, three in other communal establishments and 17 elsewhere, while 3,716 deaths occurred in hospitals.

Other communal establishments include places such as prisons, homeless shelters, and shared dormitories, while “elsewhere” could be anywhere not at home, for example in a car or public transport.

The ONS overall total for England, 5,979 deaths, is 15% higher than the total reported by NHS England for the same period (5,186 deaths in hospitals).

This is because the ONS figures include all mentions of Covid-19 on a death certificate, including suspected Covid-19, and in combination with other health conditions, as well as deaths in the community.

The NHS figures only include deaths in hospitals where a patient has been tested for Covid-19.

Niall Dickson, NHS Confederation chief executive, said: “The spread in care homes has largely gone under the radar because the figures are not released in the same way as the daily statistics for deaths in hospitals.

“If we are to understand the true scale of the spread, the number of deaths in care homes should be released daily in the same way as they are for hospital deaths.”

The calls were echoed by Labour’s Liz Kendall, shadow minister for social care, who said the increase in deaths is “extremely worrying” and that daily updates are needed “urgently”.

Sally Copley, director of policy, campaigns and partnerships at the Alzheimer’s Society, said: “If the Government isn’t counting these deaths, how can it be taking the urgent and necessary action to address them?

“It strikes us that these deaths from coronavirus are the iceberg, and the hospital figures just the tip. The evidence from Europe shows more than 40% of all deaths relating to coronavirus occur in care homes, so our fear is that potentially thousands of UK deaths are being missed from official figures.”

Nick Stripe, head of health analysis and life events at the ONS, said: “The 16,387 deaths that were registered in England and Wales during the week ending 3 April is the highest weekly total since we started compiling weekly deaths data in 2005.”

The previous week, just 4.8% of all deaths registered had mentioned Covid-19.

But the ONS said there were 6,082 more deaths during that week compared to the five-year average, which raises questions about the reasons behind the remaining two and a half thousand additional deaths.

London accounted for around a third of all Covid-19-related deaths in England and Wales.

In the week ending April 3, there were no deaths registered in children aged 14 and under, the ONS said.

In each group, more men than women died.