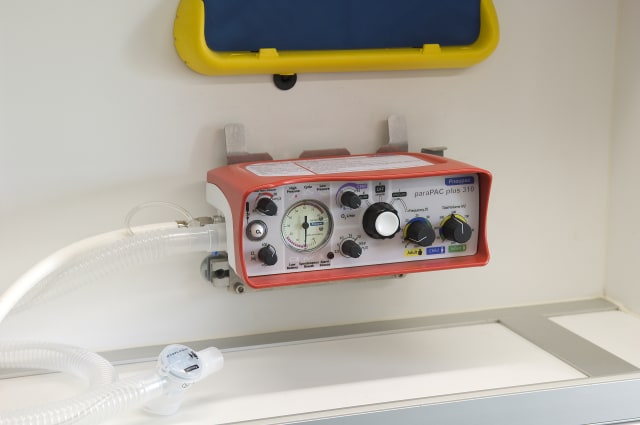 The first UK-built ventilators backed by a consortium of leading manufacturers have been delivered to hospitals over the weekend, with another device now in final clinical trials.

It is understood a number of ParaPac devices, made by Smiths Medical – whose production lines have been boosted by the involvement of The Ventilator Challenge UK (TVUK) group – were sent to wards across the UK in the last few days.

Production of the model, which was already being built before the Covid-19 outbreak, was scaled up by the involvement of the consortium, which includes Formula One racing teams Mercedes, McLaren and Williams.

The group, which also involves Rolls-Royce, Airbus, and BAE Systems, has also put its manufacturing and design muscle behind improving another ventilator, made by Oxfordshire-based Penlon, which is now in the “final stage” of regulatory approval, according to the Cabinet Office.

A separate machine being designed and built from scratch by Dyson was also being considered by the Government, which had ordered 10,000 units.

It comes as the Government scrapped plans to buy a fourth device called BlueSky, which was created by another consortium also involving Formula One teams.

As yet, none of the new-build ventilators have received approval by the Medicines and Healthcare Products Regulatory Agency (MHRA), although the Penlon-made device, now in clinical trials, appears to be leading its peers.

Health Secretary Matt Hancock has said the UK needs about 18,000 of the machines when the virus peaks in the UK, down from an original estimate of 30,000.

The country currently has about 10,000 ventilators after increases in domestic supply, as well as purchases and donations from abroad, bolstered the UK’s existing numbers of just over 8,000 devices available in mid-March.

As the Covid-19 outbreak has continued, a clearer image of what is needed to treat patients has also been emerging.

In the Midlands, one of England’s largest NHS hospital trusts, University Hospitals Birmingham (UHB), last week said it had about 160 patients on ventilators but could cope with a surge to more than 1,000 if necessary, indicating there is still ventilator capacity.

It is understood that the constantly evolving clinical picture, leading to a design review involving doctors and regulators, was in part what led to the cancellation of orders for the BlueSky project.

A Cabinet Office spokesman said: “We are no longer supporting the production of the BlueSky device following a reassessment of the product’s viability in light of the ever-developing picture around what is needed to most effectively treat Covid-19.

“We are continuing to work at unprecedented speed with a number of other manufacturers to scale up UK production of ventilators.