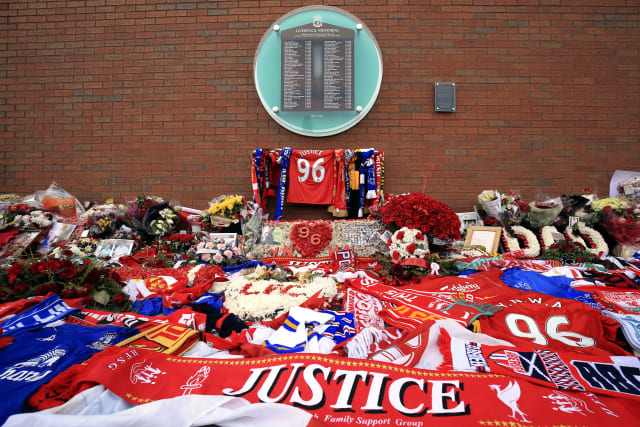 The final Hillsborough memorial service, which was due to take place at Anfield on Wednesday, has been postponed due to the coronavirus outbreak.

The Hillsborough Family Support Group was due to hold its last service at the home of Liverpool, 31 years since the disaster at the side’s FA Cup semi-final in 1989.

But the service – in memory of the 96 supporters who died in the match against Nottingham Forest – has been postponed due to coronavirus.

Players and staff will hold a minute’s silence and flags will be flown at half-mast.

Margaret Aspinall, chairwoman of the group, said the service was due to be the last of its type as the families would remember their loved ones “in their own way” on future anniversaries.

She said: “In light of recent events, a decision was made collectively by the families to postpone our final memorial service at Anfield.

“We wish to keep as many people safe as possible and we believe this is the right approach.

“On behalf of the HFSG, I would like to thank everyone for their understanding in this matter.”

Fresh inquests held in 2016 found the 96 men, women and children were unlawfully killed and found that blunders by South Yorkshire’s police and ambulance services “caused or contributed to” their deaths, and exonerated Liverpool fans of wrongdoing.