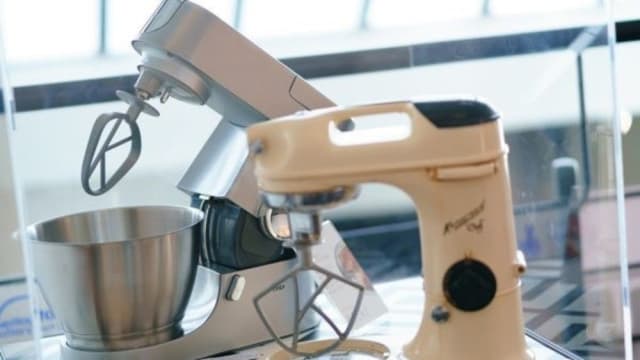 A university has won a grant of nearly £70,000 to pay for a four-year study into the success of kitchen appliance manufacturer Kenwood.

The University of Portsmouth has been awarded the funding for the research which will be conducted in partnership with the Science Museum in London.

The project is called ‘Eye appeal is buy appeal: The design, mediation and consumption of Kenwood’s kitchen appliances, 1947-2020’.

The title is a quote from company founder the late Ken Wood who used it to talk about the importance of the design and demonstration of appliances in selling them to the public.

Deborah Sugg Ryan, professor of design history from the faculty of creative and cultural industries, who won the award, said: “I’m honoured to have been awarded this funding to explore the history of one of Britain’s most best-loved and innovative product design companies.”

Ken Wood’s stepson John, who donated Kenwood archive material to the Science Museum, said: “I’m delighted to hear about this wonderful project which will do justice to Ken Wood’s very considerable legacy as a leader and innovator in the field of kitchen appliances.

“I think he would be extremely proud of the fact that it is now possible to gain a PhD in studying the company and its methods that he set up in Woking in 1947.”

Sophie Fullerlove, director and CEO of Kenwood, said: “Kenwood have been a hugely important part of the fabric of our area’s social history and internationally for product design.

“We look forward to working with the student to develop our own understanding of the local importance of the brand and its work and enable us to better tell the story to our visitors and community.”

A University of Portsmouth spokeswoman said: “The project will critically explore the design, marketing and consumption of Kenwood’s products, with a particular emphasis on demonstrations in shops, department stores, trade and public exhibitions, country and agricultural shows as a selling technique, a hitherto neglected area of study.”

The funding, awarded by Collaborative Doctoral Partnership from the Arts and Humanities Research Council, amounts to £16,885 a year for four years.

More than a ‘lick of paint’ needed to clear courts backlog, union says