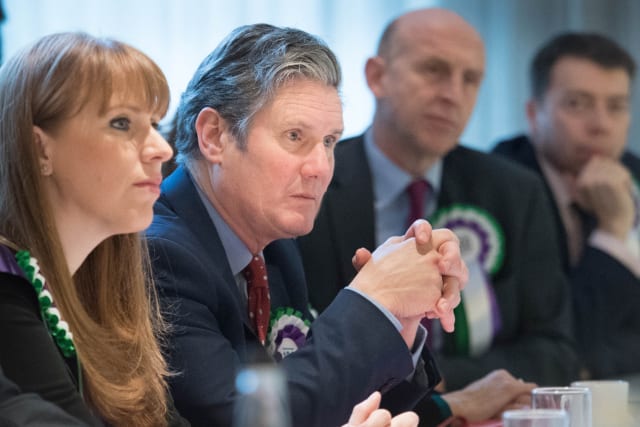 Labour leader Sir Keir Starmer has launched an inquiry into the apparent leak of a report into allegations of anti-Semitism in the party.

The move comes after revelations that a party investigation claimed to have found “no evidence” of anti-Semitism complaints being handled differently.

The situation led to former leader Jeremy Corbyn’s allies being accused of using the report to “smear whistleblowers” in a bid to “discredit allegations” of anti-Semitism in the Labour Party during his tenure.

In a joint statement with deputy leader Angela Rayner, newly elected leader Sir Keir said: “We have seen a copy of an apparently internal report about the work of the Labour Party’s Governance and Legal Unit in relation to anti-Semitism.

“The content and the release of the report into the public domain raise a number of matters of serious concern.

“We will therefore commission an urgent independent investigation into this matter.

“This investigation will be instructed to look at three areas.

“First, the background and circumstances in which the report was commissioned and the process involved.

“Second, the contents and wider culture and practices referred to in the report.

“Third, the circumstances in which the report was put into the public domain.

“We have also asked for immediate sight of any legal advice the Labour Party has already received about the report.

“In the meantime, we ask everyone concerned to refrain from drawing conclusions before the investigation is complete and we will be asking the general secretary to put measures in place to protect the welfare of party members and party staff who are concerned or affected by this report.”

Mr Corbyn’s time as Labour leader was dogged by claims that officials did not act strongly enough against claims of anti-Jewish racism.

But an extensive internal investigation carried out in the final month of Mr Corbyn’s leadership has concluded that “factional opposition” in the upper echelons of the party towards the Islington North MP contributed to “a litany of mistakes” that hindered the effective handling of the issue.

The report, seen by PA news agency, claimed to have found “no evidence” of anti-Semitism complaints being handled differently to other forms of complaint, or of current or former staff being “motivated by anti-Semitic intent”.

It states that in 2019, half of all anti-Semitism complaints came from a “one individual” who the reports accuses of being “rude and abusive” to party staff.

The dossier was compiled after its authors went through 10,000 emails, along with thousands of private WhatsApp communications between former senior party officials, with whistleblowers who gave evidence to last year’s BBC Panorama investigation on anti-Semitism within Labour singled out for criticism.

Those include the former general secretary Lord McNicol and Sam Matthews, the former acting head of the governance and legal unit.

PA understands the 860-page document was intended as a internal report and was not planned to be submitted to the Equality and Human Rights Commission (EHRC) for consideration during its probe into Labour’s handling of the crisis.