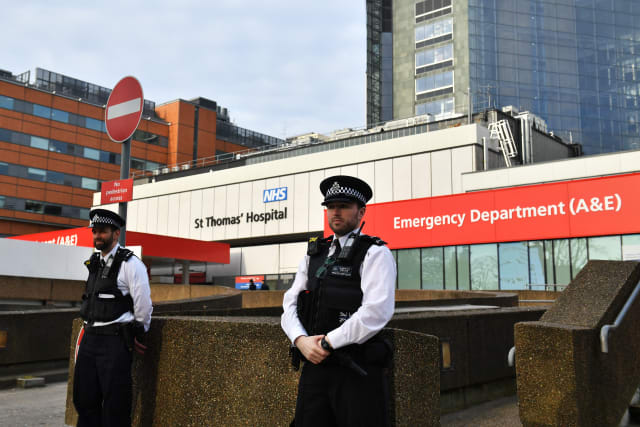 The parents of a New Zealand nurse praised by the Prime Minister for the care she gave him have said they are “exceptionally proud” of their daughter.

Boris Johnson used a speech on Sunday to hail the medics who looked after him at St Thomas’ Hospital in central London after he contracted coronavirus.

One of the nurses named by Mr Johnson as Jenny from Invercargill, on New Zealand’s South Island, has been identified as Jenny McGee.

“But she has told us these things over the years and it doesn’t matter what patient she is looking after, this is what she does.”

She added: “I just find it incredible that she, any nurses, can do this for 12 hours, sit and watch a patient and twiddle away with all the different knobs and things they do to keep their patients alive, it’s absolutely amazing.”

The nurse’s father, Mike McGee, also said: “I think over the years she has always told us that her job is one-on-one nursing with very critically ill people and that means she’s there all the time for 12 hours.

“So once we’d heard that Boris Johnson had gone into intensive care it was obvious that at some stage Jenny would possibly run into him and be giving him the same level of care that she would have given anybody else the week before or next week and we’re really proud of her.”

Mr Johnson, who said the “NHS has saved my life, no question” after spending seven nights in St Thomas’, was discharged at the weekend.

In his speech, the prime minister singled out by name the medics who had looked after him, particularly “two nurses who stood by my bedside for 48 hours when things could have gone either way”.

Ms McGee’s brother Rob later told the New Zealand Herald the family had spoken with Ms McGee just as she was “about to head off to do another night shift”.

He told the paper: “We are all very proud of Jen, not just in the support she gave Boris – but what she has been doing helping everyday people.

“Whilst she is blown away by Boris’s recognition, she is just really pleased to see the public recognition for the amazing work the NHS is doing – that made her really proud.”

Ms McGee attended the Verdon College in Invercargill, and they said the community was “so proud” and that she had wanted to be a nurse since leaving in 2002.

The school said: “Our sincerest admiration for the work and dedication of past pupil Jenny McGee who was singled out by UK Prime Minster Boris Johnson for helping him get through his serious illness due to Covid-19.

“Jenny is described by her past teachers as an absolutely delightful person and someone who had a caring and humble nature.

“Thanks Jenny for your courage, outstanding work and the example you have provided for everyone at this difficult time. Your old school community is so proud of you!”

Meanwhile, mayor of the city Sir Tim Shadbolt told Stuff.co.nz: “It’s not very often a nurse from Invercargill saves the life of the British Prime Minister.”

The other nurse mentioned by Mr Johnson – Luis from Portugal, near Porto – has been named as Luis Pitarma and has been thanked by Portuguese president Marcelo Rebelo de Sousa.

A statement on the presidential website said: “President Marcelo Rebelo de Sousa has already personally thanked the nurse Luis Pitarma, and… also thanks the commitment of all Portuguese health professionals who in Portugal and around the world are providing decisive help in the fight to the pandemic.”

The statement added that the president offered “encouragement that is also addressed to professionals of other nationalities who, reinforcing the National Health Service, provide an invaluable service to Portugal”.