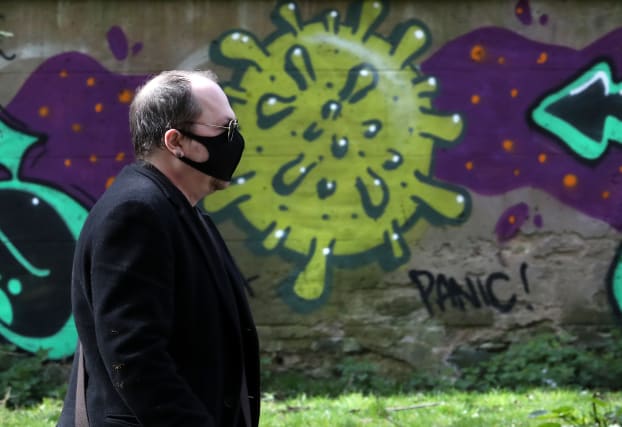 A review of lockdown measures will take place later this week after the hospital coronavirus death toll rose above 10,000.

Ministers have said they want to be sure the UK is past the peak of the outbreak before easing the restrictions, but 10 members of the Cabinet are reportedly urging lockdown conditions to be eased amid concerns about the impact on the economy.

The Times quoted an unnamed minister as saying it was important not to do “more damage”, and measures could be eased after another three weeks.

Scientific advisers will meet on Tuesday ahead of the formal review of the strict social distancing measures on Thursday, the deadline set out in law.

Chancellor Rishi Sunak, who warned during his Budget last month that the UK risks falling into recession as a result of disruption caused by coronavirus, has injected £14 billion from the coronavirus emergency response fund into the NHS and local authorities.

But the Government continues to face pressure over shortages of personal protective equipment (PPE) for frontline NHS staff, as a growing number of health workers died.

He said the NHS ordered “a whole load of stock” weeks ago, but delays have been caused by the product sometimes failing safety tests, while other batches have been mislabelled – meaning the NHS has ended up with additional masks.

He said: “If everything had been flowing exactly as had been ordered and if all of the material had properly passed its safety test, there would not be an issue.

“This is all really hand-to-mouth in terms of gown delivery, and we need to get to a more sustainable supply.”

But he added “the vast majority” of NHS preparations had gone “extremely well” and no trusts had yet run out of gowns.

At the weekend, the Royal College of Nurses issued new guidance that nurses who could not get adequate PPE should, as a “last resort”, refuse to work.

On Sunday the Department of Health said, as of 5pm on Saturday, a total of 10,612 patients had died in UK hospitals after testing positive for coronavirus, up by 737 from 9,875 the day before.

– Boris Johnson continued his recovery from Covid-19 at Chequers in Buckinghamshire after doctors ordered the Prime Minister to rest.

– Spain, which on Sunday reported its lowest daily growth in infections for three weeks, allowed workers in some non-essential industries to return to factories and construction sites on Monday.

– Health Secretary Matt Hancock announced a new NHS coronavirus app which the Government hopes will help stem the spread of the virus by helping people to self-isolate before they start showing symptoms.

– A report by the National Institute of Economic and Social Research (NIESR) think-tank suggested 25% of the UK economy could be lost by the summer due to the current controls in place, and the Times reported that Mr Sunak has told colleagues GDP could fall by a third in the second quarter.

Following his hospital release, Mr Johnson said in an emotional speech posted on social media that it “could have gone either way” for him, and thanked NHS staff for saving his life.

His pregnant fiancee Carrie Symonds joined in praising the “incredible” staff who treated her husband-to-be, tweeting that she would “never, ever be able to repay” them.

Mr Johnson called the NHS “unconquerable” after seeing first-hand how it was dealing with the pandemic and heralded the “personal courage” of everyone from doctors to cooks at St Thomas’.

He added: “We will win because our NHS is the beating heart of this country.

“It is the best of this country. It is unconquerable. It is powered by love.”